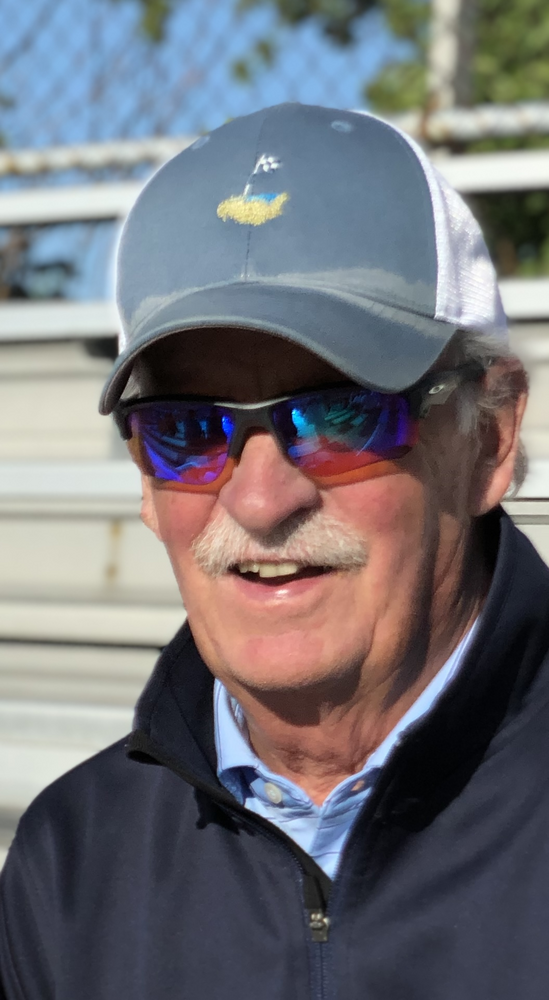 Get Directions
Monday
9
May

Please share a memory of David to include in a keepsake book for family and friends.
View Tribute Book

David Dean Lindsay, 75, longtime resident of Norwalk, CT, passed away unexpectedly but peacefully in his sleep during his favored afternoon nap on April 12th, 2022.

He unknowingly spent his final days doing the things he loved – visiting with dear friends, watching the Masters with his family, volunteering at Person to Person and doing Sudoku in the sunshine with his trusty sidekick Millie.

David was born and raised in Greenwich CT, son of the late Gordon and Mary Stewart Lindsay. He attended Trinity Pawling School, class of 1964, and St Lawrence University, class of 1968, where he enjoyed lacrosse and razzing SAE pledges.

While not long enough, David lived many lifetimes in his 75 years. He spent his early days teaching skiing at Stratton, working at Olin Ski Company, helping to build Snowbird Ski Resort and ripping it up in a few Warren Miller films. He then returned to his lifelong passion for sailing as Vice President of UK Sailmakers for 15 years. His storied sailing career brought him all over the world - 27,000 miles aboard the Ondine, winning every major ocean race in the Atlantic in 1968, and he would continue on to race in the Southern Ocean Racing Conference and the Bermuda Race 10 times in the next 10 years. When he decided to become an adult he joined his brother-in-law's company, Rand Insurance, as VP of Sales and Marketing in their New Canaan office where he spent the next 32 years until he retired in 2020.

David was an avid outdoorsman, loving nothing more than a day hunting at Ten Mile River Preserve, shooting (the breeze) at Weston Gun Club or his retirement "job" dog handling at Clove Valley with Millie at his side. Hunting and fishing trips with his buddies to Mexico, Costa Rica, Wales, Columbia and Argentina were never discussed in detail when he returned home. In the summer he enjoyed golfing at Silvermine Golf Club, finally getting a much deserved hole in one just last year, and he was so excited when his longtime Noroton Yacht Club finally built a real bar so they could mix up his signature DL specials.

David was also a dedicated volunteer, fundraising for organizations dear to his heart for decades, notably WGC Community Foundation, Ducks Unlimited, CT State Golf Association and most recently volunteering at the Open Door Shelter and Person to Person.

David was a man with many nicknames, countless amazing friends and a fabulous mustache but most importantly his world revolved around his family. His sweet and patient wife of 43 years Teal, his loving daughter Adare, his son in law and dear friend Patrick Kiely and the light of his life and perhaps his proudest accomplishment, his beautiful grandchildren Spencer (6) and Griffin (3). He is also survived by his sister Barbara Whittaker and his sister-in-law Suzanne Rand and their beloved families. He was predeceased by his brother Gordon Lindsay.

"Davey" will be greatly missed by so many who loved him dearly.

A memorial service will be held on Monday May 9, 2022 at the United Church of Rowayton, 210 Rowayton Ave Norwalk at 2:30PM, followed by a reception at the Noroton Yacht Club, 23 Baywater Drive in Darien.   In lieu of flowers, donations are suggested to Person to Person in Darien or Open Door Shelter in Norwalk.

Share Your Memory of
David
Upload Your Memory View All Memories
Be the first to upload a memory!
Share A Memory