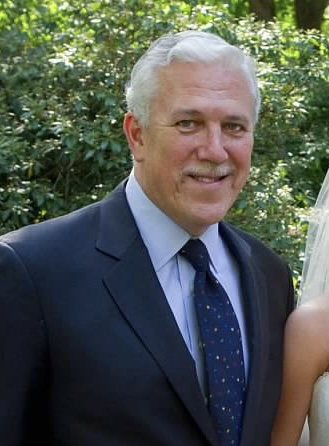 Please share a memory of Michael to include in a keepsake book for family and friends.
View Tribute Book

Mike was born on November 5th, 1947 in Oak Park, Illinois to Robert and Jeanette Stamm, the last of six children. It was during his high school years that Mike developed his passion for music of all kinds, particularly jazz. He frequented the best jazz clubs in Chicago with his parents. Mike often said that while his father did not teach him how to fish or shoot a basketball, he did teach him how to tip a head waiter.

College was spent at Villanova University followed by a master's in Political Philosophy from the New School in New York City, then onto Rutgers Law School. Mike and Cyndy met while in college and were married for 52 years. They moved from Brooklyn Heights to Darien in 1981 to raise their family.

Mike was a lawyer in the New York City area for over 30 years. Most recently, he was General Counsel at Remedy Partners, enjoying the challenges of a growing company. He looked at the world through a lawyers' eyes, with a strong sense of justice and a set of principles that guided his professional and personal life. He was a keen debater and conversationalist, with a quick wit and an eye for a good turn of phrase.

While Mike was a lawyer by day, in his heart he was a jazz drummer. He loved live music and was an avid supporter of musicians of all kinds. For over 25 years he could be found drumming every Sunday during the summer in the breezeway at the Tokeneke Club. Mike was also passionate about good food and cooking up wonderful meals and memories for his family and friends.

In addition to being a member of The Tokeneke Club for over 30 years, he was also a proud member of Costco Price Club.

Mike is survived by his wife, Cynthia Stamm, his three children, Michael Stamm and his wife Annabelle, Vera Musicaro and her husband Doug, and Peter Stamm and his wife Preston, as well as six grandchildren, William, Mike, Delilah, Henry, Amelia, and Emmett, all three years old and under. They brought him so much joy over the past years. He is also survived by his sister Mary Jane Joslin and was predeceased by his other four older brothers and sisters.

A service in celebration of his life will be held on Friday, July 30th at 10am at St John's Church in Darien, followed by a reception at The Tokeneke Club. Family and friends may also call at the Lawrence Funeral Home on Thursday, July 29th from 5pm to 8pm. Please consider making a donation in Mike's memory to The Jazz Foundation of America in support of the Musicians' Emergency Fund. For travel directions or to sign his online guest register book, please visit www.LawrenceFuneralHome.com

Share Your Memory of
Michael
Upload Your Memory View All Memories
Be the first to upload a memory!
Share A Memory