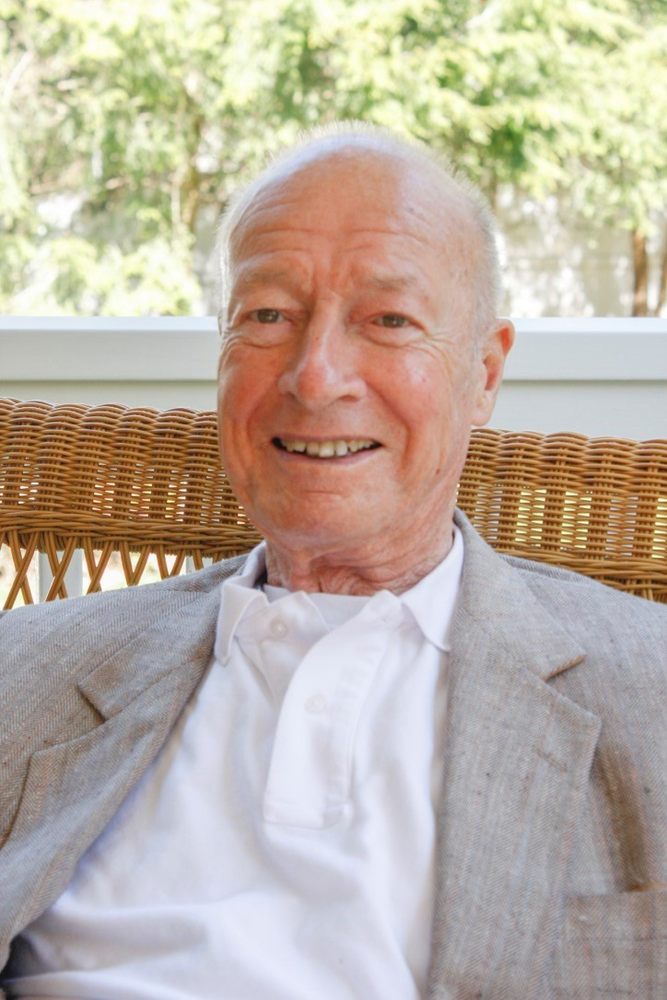 Please share a memory of Gillet to include in a keepsake book for family and friends.
View Tribute Book

Gillet Lefferts, Jr. of Rowayton, CT, formerly of Darien, CT, passed away peacefully at home on March 30; he was 97 years old. Gil was born in Turtle Bay on May 6, 1923, raised in New York City; he attended The Allen-Stevenson School and Deerfield Academy. A proud member of the Class of 1945, he graduated from Williams College in 1947 and earned his degree in architecture at Princeton University in 1950. Gil honorably served as Airplane Commander in the Army Air Force during World War II.

He began his career in architecture at Moore & Hutchins which became Hutchins, Evans & Lefferts. More than 50 years later, he joined William A Hall Partnership as a consultant. At the age of 88, he retired and suspended his 57 years as a Metro-North regular. Gil was an active member of The American Institute of Architects and the Century Association. An accomplished architect, talented artist, writer, lacrosse and tennis player, die-hard Blue Wave football fan, devoted husband, father, grandfather, uncle, "out-law," and friend. A New Yorker at heart, he raised his family in Darien, CT, a volunteer and active member of the local community on Planning & Zoning, the Board of Selectmen,  Saint Luke's Parish, the Darien Library, ABC in Darien, Person to Person, and Darien Nature Center. He brought his reserved dry wit, impeccable common sense, unwavering dedication, deep compassion, and selfless humility to all his endeavors.

We accept Gil's passing as part of life; and hope you will join us in celebrating his life, lived well.

A service for Gil can be viewed by accessing the following link: https://events.locallive.tv/events/49761.  Interment will be at a later date at Ware Church in Gloucerster, VA.

In lieu of flowers, donations can be made in his memory to the Darien Nature Center, 120 Brookside Road, Darien, CT 06820.

To send flowers to the family or plant a tree in memory of Gillet Lefferts, please visit Tribute Store
Online Memory & Photo Sharing Event
Online Event
About this Event

Look inside to read what others have shared
Family and friends are coming together online to create a special keepsake. Every memory left on the online obituary will be automatically included in this book.
View Tribute Book
Services for Gillet Lefferts
There are no events scheduled. You can still show your support by sending flowers directly to the family, or planting a memorial tree in memory of Gillet Lefferts.
Visit the Tribute Store

Share Your Memory of
Gillet
Upload Your Memory View All Memories
Be the first to upload a memory!
Share A Memory
Send Flowers