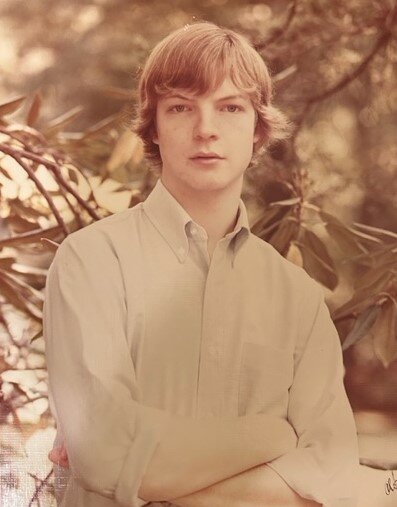 Please share a memory of John to include in a keepsake book for family and friends.
View Tribute Book

John Elliot Roney, 61 of Darien, CT, passed away on January 16 at his home in Darien.

Visitation will be held at the Lawrence Funeral Home, 2119 Post Rd., Darien, CT from 4pm to 8pm on January 27. Funeral Mass will be held at St. John Church on January 28 at 11am with Father Quinlan officiating. Burial will follow at Spring Grove Cemetery in Darien.

John Elliot was born to John Isaac Roney and Lillian Giegerich on March 22, 1961. He graduated from Darien High School in 1979. He was an MVP ice hockey goalie at Darien High School's Blue Wave and even played at the Connecticut States Championships. He graduated from George Washington University with a degree in English Literature. He liked the Jets, the Mets, baseball, tennis, skiing, golf. He made a hole in one at the Darien Country Club. He adored his father John and called him his best friend and was a devoted son to his mother Lili. John loved his faith and was baptised at St. John Church of Darien. He loved his boat and the ocean view from his home. He was at peace watching all the birds, hawks, eagles, deer, foxes, chipmunks, groundhogs, rabbits who visited there.

Memorial donations may be made to Sea Shepard https://seashepherd.org/ or Jane Goodall Institute https://janegoodall.org/

The family wishes to extend their gratitude to the Convent of St. Birgitta https://www.bridgettines-usa.org/ as well as Anne Marie O'Malley and the O'Malley Care Girls: Maia, both Mariams, and Natalie.

A Luncheon will be held following the cemetery at the Country Club of Darien, 300 Mansfield Ave.

Share Your Memory of
John
Upload Your Memory View All Memories
Be the first to upload a memory!
Share A Memory