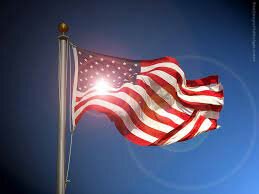 Please share a memory of Ernest to include in a keepsake book for family and friends.
View Tribute Book

Ernest Alfred DeRosa Jr., dedicated husband, father, grandfather and great grandfather, passed away peacefully at Stamford Hospital on December 25, 2022. He was 95 years old. An avid lover of golf, big band music and fine dining, Ernie's charm, loyalty and generosity were admired by those whose lives he touched.

Born in Summit, New Jersey on March 1st, 1927 to Carmalinda and Ernest Alfred DeRosa, Ernie attended Summit High School before enrolling at the University of Notre Dame. There, he studied electrical engineering and played the trumpet in the marching band. Upon completion of his freshman year, he served in the U.S. Coast Guard during the final months of World War II, after which he returned to Notre Dame and graduated in 1949.

Ernie began a 41-year career at the National Broadcasting Company in Rockefeller Center, first as a camera operator covering sports events, news broadcasts, soap operas, variety shows and Presidential inaugurations, and later as a technical manager. His work took him to many cities across the country and earned him an Emmy Award.

In 1951 he married Mary Lou Connolly. Mary Lou and Ernie settled in Summit, N.J. where they raised their four children, Cynthia, Susan, Janice and David.

Upon retirement from NBC, Ernie and Mary Lou moved to Stamford to be closer to their family in Darien. There, Ernie started Carpet Resources, a residential and commercial flooring business. Ernie loved spending time with his children and grandchildren.

He will be greatly missed.

Charitable donations can be made to:

Share Your Memory of
Ernest
Upload Your Memory View All Memories
Be the first to upload a memory!
Share A Memory