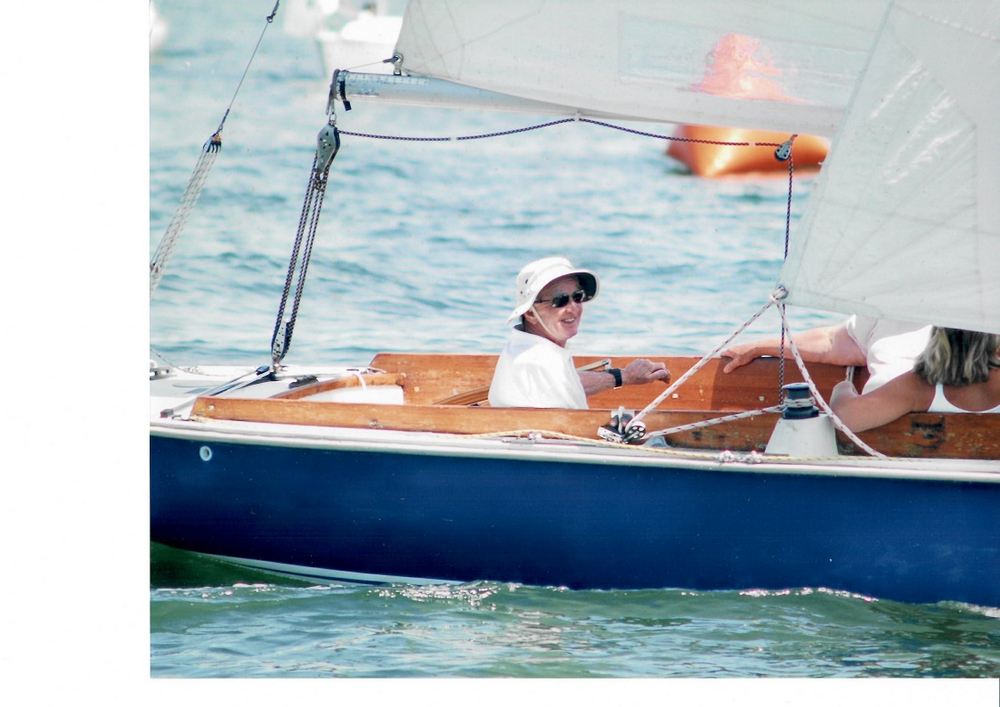 Please share a memory of Kenneth to include in a keepsake book for family and friends.
View Tribute Book

Born in Melbourne Australia, the 1st in his family to achieve an advanced degree, he earned his chemical engineering degree at Melbourne University and later obtained an MBA from Indiana University. During his career with Mobil Oil, he lived in Tasmania and Melbourne Australia, Connecticut, New York, and London, England. He traveled extensively to Europe and Japan on business trips during his 38 years with Mobil. Ken also traveled with his family to Ceylon, Kenya, Greece, Switzerland, New Zealand and Hawaii.

Ken built his first sailboat, a Mirror, from a kit in Australia at age 40. This began his lifelong love of sailing and racing. A member of the Noroton Yacht Club since 1972, he continued to sail each summer until his passing. An avid racer, he competed in every possible race locally, regionally, and nationally with son Gary, daughter Sandy, and varied Noroton YC crew members in the Ensign class, which is a rugged family-friendly small keel boat with an open cockpit. Whilst in London, he raced his Squib at Cowes and Datchet. He later sailed his Sonar, designed by good friend Bruce Kirby, which he outfitted for ease of day sailing on Long Island Sound with friends and family. He delighted in introducing sailing and racing to many friends over his 50+ years sailing at Noroton, many of whom became lifelong sailing buddies.

In retirement he spent the winters in his homes in Del Mar and Solana Beach, California with his wife of 64 years, Connie, until she passed in 2018. In California and Connecticut, he enjoyed playing golf and beach walking with Connie and daughter, Sandy, and son in law Kurt.

Ken loved jazz music and would grin from ear to ear watching and listening to Satchmo and other greats.

Ken's love of his family was a constant force, and a great source of happiness and pride. His wry sense of humor will be missed by all.

A gathering to celebrate Ken's life will be held at Lawrence Funeral Home on Sunday December 18th, 2022 at 1PM. In lieu of flowers, the family requests donations to Darien Boy Scouts, where Owen achieved the rank of Eagle Scout. https://www.darienscouts.org/donate

Share Your Memory of
Kenneth
Upload Your Memory View All Memories
Be the first to upload a memory!
Share A Memory