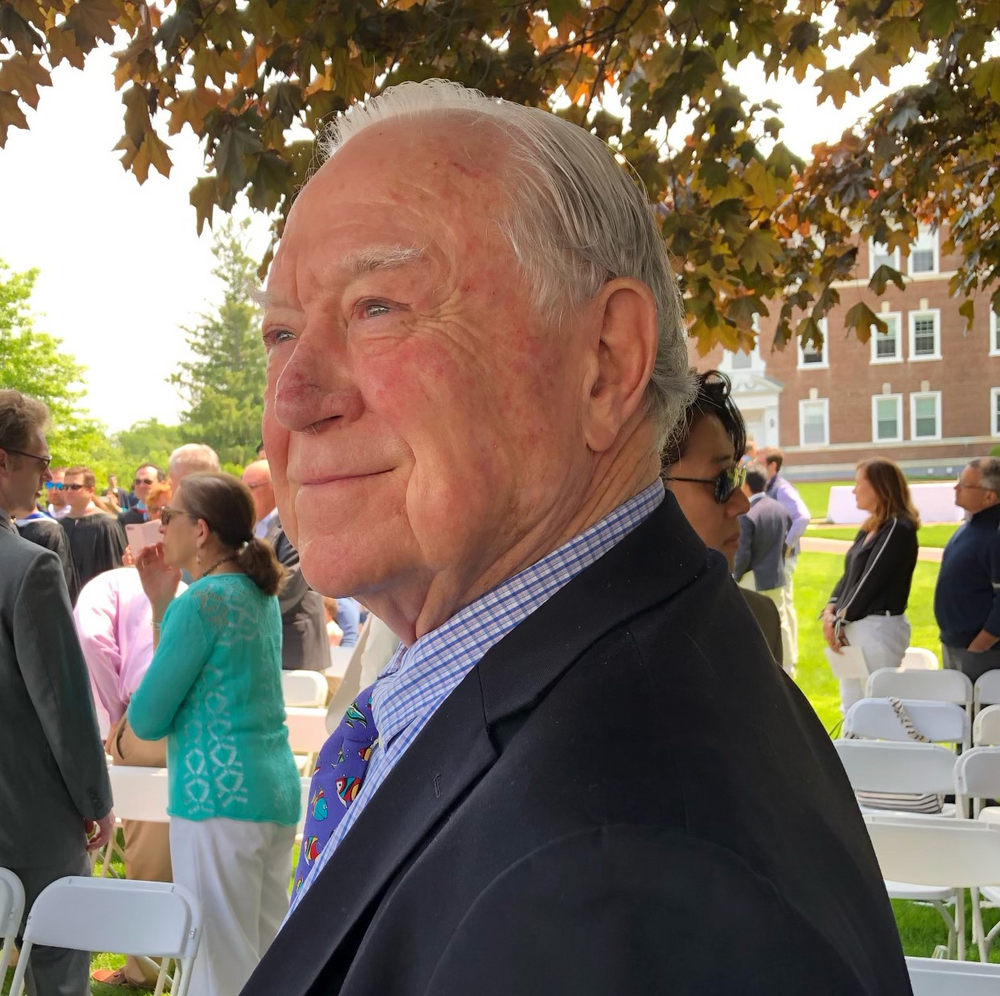 Please share a memory of Stephen to include in a keepsake book for family and friends.
View Tribute Book

Kind, hilarious, handsome, larger-than-life flying Irishman world traveler Stephen Francis Ryan is off to the pearly gates. Steve graduated from Iona College, received an MBA from UConn and served his country. He married the perfect woman, the lovely Marion Therese, with whom he enjoyed 61 years of marriage. They raised two daughters and endured the loss of their baby son, Stephen Douglas.

Stephen had an amazing career, culminating as President, CEO and Chairman of Selas Corporation of America, which he helped turn into one of the top 200 small public companies as recognized by Forbes Magazine. He served on the board of directors of several companies after retirement and was awarded the Brother Loftus Award from Iona College for his achievements.

With a gift of storytelling and joie de vivre, Steve had friends from every corner of the earth. Most importantly, he was a devoted husband, father and grandfather who treated every day as a precious gift. He is survived by his wife Marion, daughter Marion and son-in-law William Seibold, daughter Kimberley and son-in-law Nigel Ekern, and his five grandchildren, Mariana, Tighe, Liam, Skye and Dominic.

Visitation will take place on November 3 at Lawrence Funeral Home in Darien from 3:00-6:00 PM; Funeral Mass will be held at St. Thomas More in Darien on November 4 at 10:30AM. Burial will follow at Spring Grove Cemetery in Darien.

If you wish, remembrance may be made in the form of contributions to Iona College to support scholarships for business/accounting students.

To send flowers to the family or plant a tree in memory of Stephen Ryan, please visit Tribute Store
Thursday
3
November

Share Your Memory of
Stephen
Upload Your Memory View All Memories
Be the first to upload a memory!
Share A Memory
Send Flowers