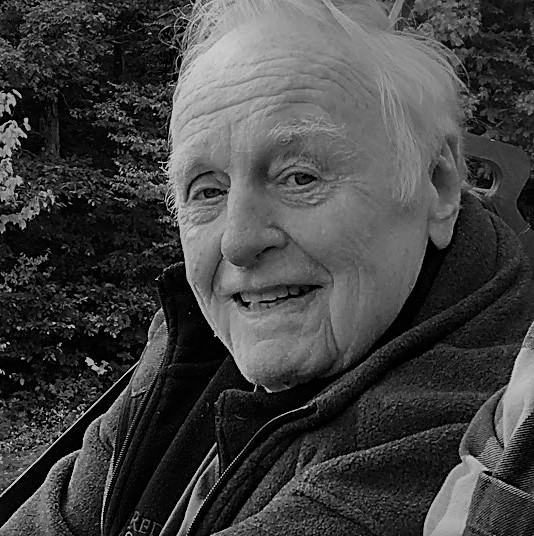 Marty loved growing up during Darien's more rural past, and spent hours exploring the woods, streams, swamps, and shoreline of his hometown. Interest in the natural world around him led to a fascination for his parents' Victory garden where he learned to cultivate and preserve fruits and vegetables. Though taken by the garden, working the family chicken business was more of a chore, as was mowing the lawn of his paternal grandparents, Catherine and Martin Joseph Flaherty. He often visited his maternal grandparents, Frank and Katy Leinert, who owned Leinert's Dairy in Darien. There he learned the ins and outs of the dairy business and, at an early age, was pasteurizing and bottling milk, washing the milk trucks and learning how to maintain them with his Uncle Richie, and, though underage, was permitted to drive trucks on emergency deliveries which was a source of great pride.

The highlight of his young summers was getting to ride the big milk truck to Sherman, Connecticut and stay with his Aunt Helen Leinert Strid and Uncle David Strid on their 250-acre farm where the dairy cows were raised and milked. There he learned about the farm, to drive tractors and old farm trucks, and to hunt for food refilling the freezer for winter.

In Darien, free time was spent playing baseball on vacant lots. Eventually, he played in high school, but the highlight of his sporting career was playing fast-pitch softball with an outstanding local team. He had the pleasure of competing across the state with stars like Ken Lord, Jack "Stretch" Herman, Curly Curtis, Bruce Wilson, and others.

Martin served in the 192nd Field Artillery Battalion of the Army National Guard during peacetime. This service, along with days on the farm, and the antics of his youth, provided fodder for evening stories he would use to entertain his friends and family for the rest of his life.

One fateful day, he met a beautiful young woman 'laying' on the beach, who promptly corrected his grammar (it's lying, after all), sparking a lifetime of laughter, love, and loyalty. He married Terri Kwartin Flaherty, adding her mother, Charlotte Kwartin, and two sisters, Robin Weiss and Leslie Kwartin to his family. Marty and Terri built a home in Darien and raised two children whom he adored, Michelle Flaherty DeRocco and Craig Flaherty. Each married and raised their own families in Darien including a wonderful son-in-law, Joseph DeRocco, a loving daughter-in-law, Susie Salvatore Flaherty, and four grandchildren, William DeRocco, Jessica DeRocco, Pace Flaherty, and Wade Flaherty. Terri and Marty built a second home in Vermont, which became a sanctuary to spend time outdoors, ski, raise children, gather with friends, and connect with their grandchildren. He wholly loved his family.

Marty was the owner of Flaherty Plumbing & Heating where he worked for fifty-two years, many of which alongside Nicole Fatone who became like a daughter to him. He was loved for his sense of humor, storytelling, strength, sweetness, and striking blue eyes. He is also survived by his two sisters, Pat Coutermash of Darien and Kate Jackson of South Thomaston, Maine.

Marty was blessed to be surrounded by amazing caregivers who treated him like family, a feeling he reciprocated. His family will forever be grateful for their grace and care. If so compelled, donations can be made to one of these three charities: Integrated Refugee & Immigrant Services Inc. (www.irisct.org), an environmental cause of your preference, or the Darien Lions Club where he was a member for fifty years.

This obituary was originally drafted by Martin Flaherty and his grandson William DeRocco.

Share Your Memory of
Martin
Upload Your Memory View All Memories
Be the first to upload a memory!
Share A Memory