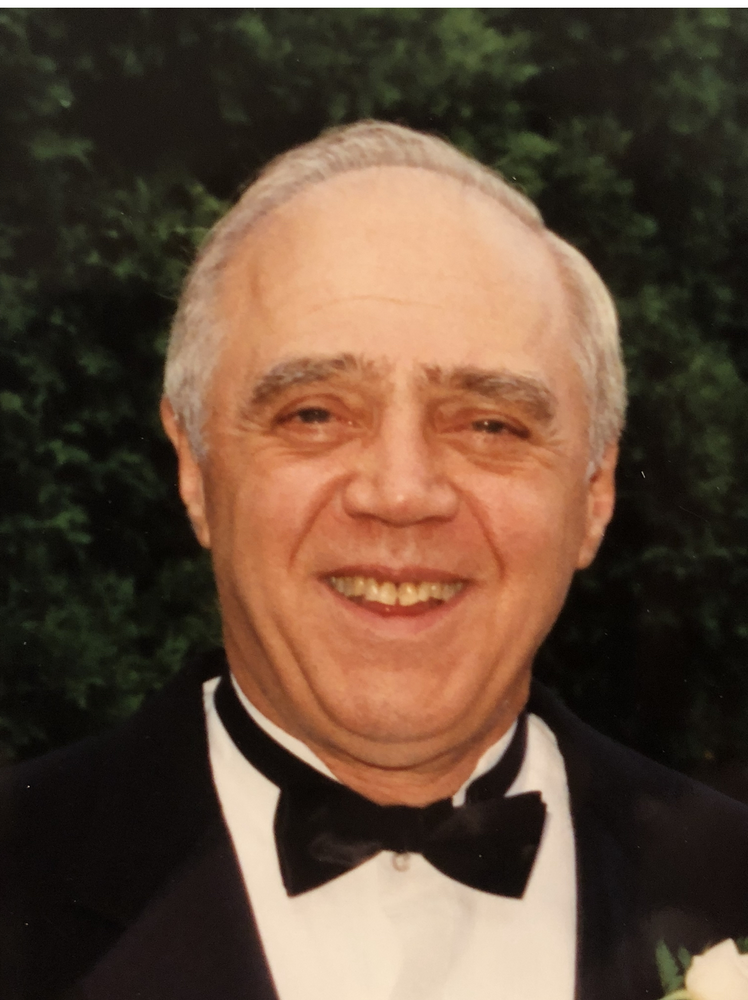 Please share a memory of Anthony to include in a keepsake book for family and friends.
View Tribute Book

Anthony Correnty of Darien, CT, passed away on Saturday, October 1, 2022, at the age of 94. He died peacefully at Stamford Hospital with his loved ones by his side.

Tony was born in Stamford, CT on September 7, 1928, to father Amedeo Correnty and mother Frances Lopiano. He attended Stamford Public Schools, played varsity football and graduated from Stamford High School in 1946. Shortly around his high school graduation, his father passed away and as the oldest of four children, Tony took the reins and stepped into the caregiver role supporting his mother and three younger siblings. He was a caring and selfless soul who embraced his new responsibilities more maturely than others his same age.

Taking dance classes at Bill DeFormato Dance Studio he met his wife, Joan, with whom he spent the next 61 years. They moved from Stamford to Darien in 1972 and raised their family with the same ideals that he was taught, emphasizing the principle that family always comes first.

During his lifetime, as a restaurant/bar owner, of the Wonderbar, The Huddle and The Shamrock, he gave many their first jobs. He took the time to impart his wisdom and mentor many on saving and investing. He explained the importance of discipline, hard work and above all, family.

Outside of his family and career, Tony's greatest passion was playing golf. He took time to ensure every one of his children was taught the game and he continued that tradition with his grandchildren. He looked forward to hitting the links and appreciated every game played with friends and family.

Whether it be a Sunday dinner or holiday gathering, Tony was happiest when surrounded by his wife, children and grandchildren. He was a man of few words, but yet always found a way to make everyone laugh or smile and his joyous presence will be missed by all.

In lieu of flowers, donations made be made in Tony's name to Post 53, 0 Ledge Road, Darien, CT. https://post53.org/donate/

Share Your Memory of
Anthony
Upload Your Memory View All Memories
Be the first to upload a memory!
Share A Memory