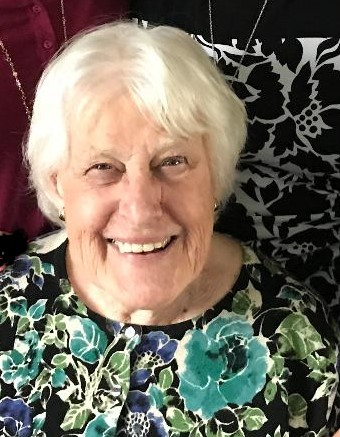 Please share a memory of Carol to include in a keepsake book for family and friends.
View Tribute Book

After a long and full life, Carol Norma Lange Davis died peacefully at home surrounded by her daughters. She was 90 years old and lived in Norwalk, Connecticut. Carol was born on November 5, 1931 in New York City. She was predeceased by her husband, John Joseph Davis, Jr., mother, Norma Leah VanGaasbeek Lange and father, William Henry Lange. She is survived by her three daughters, Marjorie Lynne Davis, Marian Davis Pierce and Jean Burnham Davis and her sister-in-law, Patricia Davis Lambert. She also leaves behind 7 grandchildren and 8 great grandchildren as well as many cherished friends, past and present.

Carol received an undergraduate degree from Swarthmore College. While raising three daughters in Darien, CT, she was actively involved in political and social service endeavors in the area. She frequently volunteered in Stamford for a day care center offering programming for children whose young parents were working toward finishing high school. She also was an active member and later president of the Darien League of Women Voters. Her late husband died prematurely when Carol was in her early 50s and, remarkably, she went to graduate school while still parenting a teenager. After receiving a master's degree in urban planning from New York University, she spent her working career at the City of Stamford as a planner working on the city's Master Plan.

Carol enjoyed gardening, swimming, sailing, kayaking, classical music and the arts, politics, traveling, and most of all, talking!

The family will celebrate Carol's life and welcome friends at the Lawrence Funeral Home in Darien, CT on Saturday, September 3rd from 4-6 pm. To honor her, the family suggests a donation in Carol's name to a favorite charity.

Share Your Memory of
Carol
Upload Your Memory View All Memories
Be the first to upload a memory!
Share A Memory