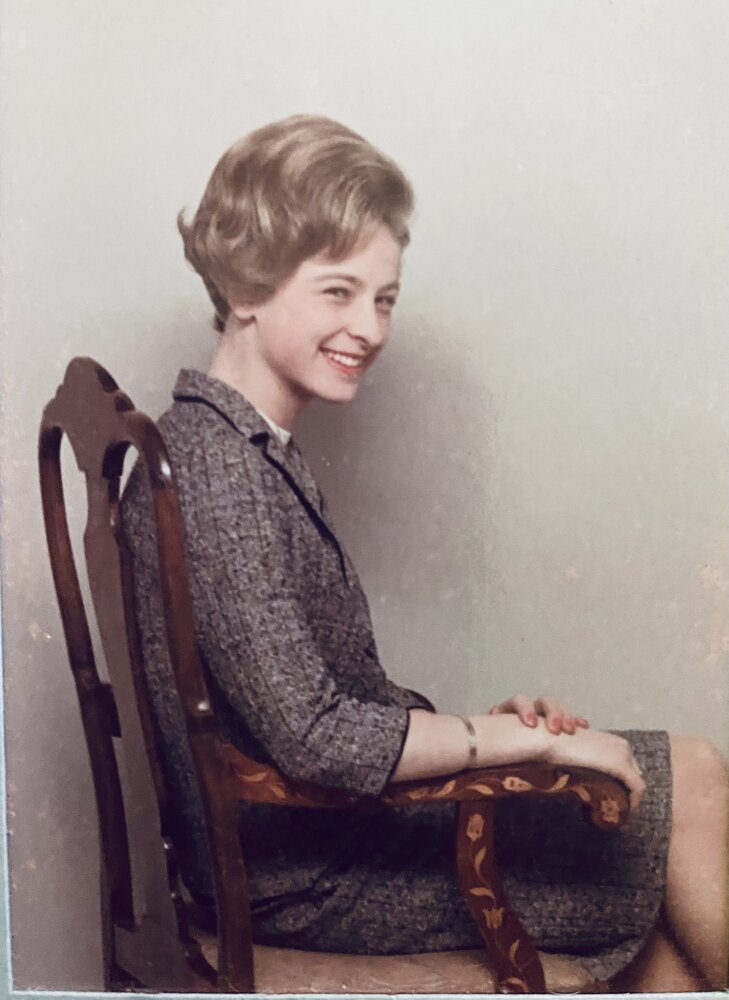 Please share a memory of Grethe to include in a keepsake book for family and friends.
View Tribute Book

Anyone who knew Grethe Sørensen Duryea knew how strong and impeccably stylish she was. First as a young woman who wanted to see the world on her own and later as a fighter who would not let chronic illness slow her down. She was, after all, a Dane.

Grethe Sørensen was born and raised on a small farm in Denmark.  From an early age she wanted to see the world so after school she took a job in Switzerland.  Here she learned to ski when her friends took her to the top of the mountains and said they would meet her at the bottom.  Not only did she make it to the bottom but she went on to become an excellent skier.

After Switzerland she set off to the United States to work for a family. She became a part of the Cleveland family, a relationship that would last her entire life. After a brief stint studying fashion in Copenhagen she moved to NYC where she worked at Bergdorfs and developed a keen interest in design and style that would inform her passion for decorating. During the World’s Fair in New York, she worked at the Danish Pavilion. She saw Ella Fitzgerald perform in Harlem. She loved culture, museums, theater and history. She was a voracious reader.

Fashionable and well-traveled, she caught Skip Duryea's eye working in New York. When she met him, she had seen more of the U.S. than he had. She and Skip shared a love of skiing and eventually got married in Denmark. They had two daughters, Pia and Tina, and raised them on adventures in travel, skiing, the arts and a strong sense of family. The family Dobermans–Hunter, Jaxx, and Hudson–shared her dignified strength.

She planned adventures for the family, driving cross country, touring Europe and beyond, and regular ski trips to Lake Placid. Her home in Darien at times seemed like a bed and breakfast: welcoming family and out of town guests who were spoiled by the sense of Danish hygge. She loved flowers and gardening and the satisfaction of an immaculate garden. She used her skills in design to make stylish suits for herself, clothes for her daughters, beautiful embroidery.  Everything she touched was effortlessly elegant.

The family will hold a private reception in her memory in August and she will be buried in Denmark in the fall.

Share Your Memory of
Grethe
Upload Your Memory View All Memories
Be the first to upload a memory!
Share A Memory