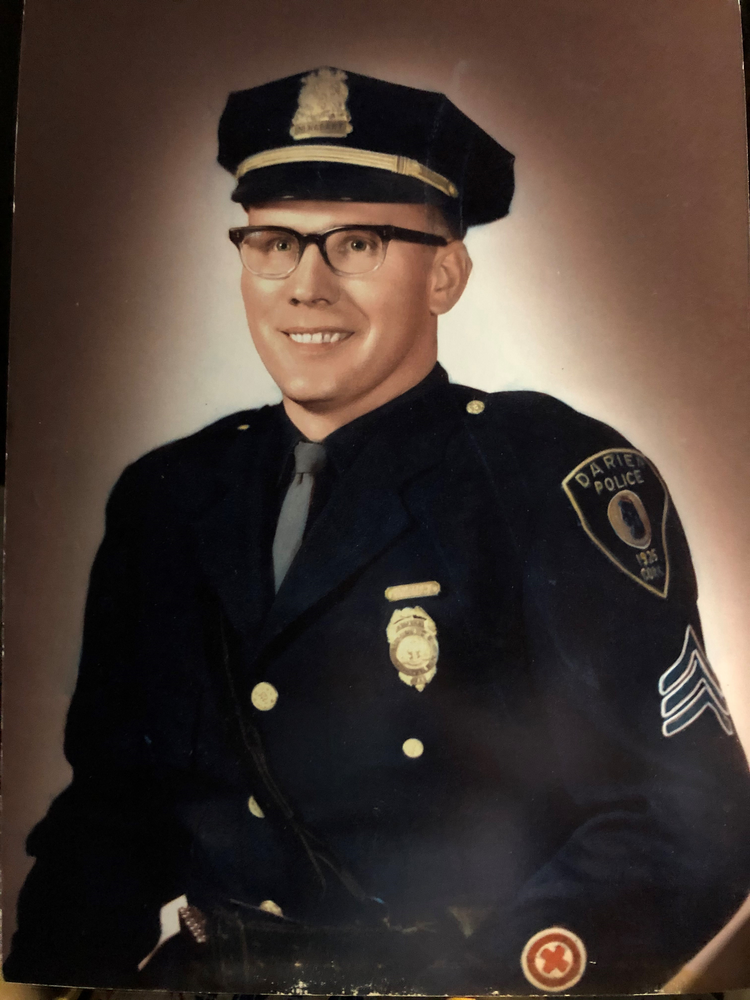 Get Directions
Monday
16
May

Please share a memory of Clifford to include in a keepsake book for family and friends.
View Tribute Book

Clifford W. DeForest, 91, of Darien, CT passed away at home surrounded by his loved ones, on May 2, 2022. Clifford was born at Norwalk Hospital on September 28, 1930. He was the son of John and Viola DeForest of New Canaan, CT, and graduated from New Canaan High School in 1948. He lived in New Canaan, and served as a special officer with the New Canaan Police Department before moving to Darien in 1951.

He was appointed to the Darien Police Department on January 1st, 1953 as a patrolman. In July 1964 he was promoted to Sergeant. While with the department, he served as a patrol officer, desk and street Sergeant, youth officer, training officer and court liaison officer. In the early 1970's he was assigned as a Sergeant in the Detective Bureau until he retired on June 15th, 1979 completing 26 ½ years of service with the department.

While working within the Police Department, in June 1954 Cliff started as a pallbearer/driver for the Edward Lawrence Funeral Home. He worked for three generations of Lawrences and continued as a part-time employee for 68 years. He was a

director of Spring Grove Cemetery, and at the time of his death was the longest serving member on the board of directors.

He is survived by his loving life-partner of 38 years, Daryl Nevard. In his younger years, he loved traveling with her all over the globe. He is also survived by his daughter Robyn Schatz and her husband Chris, of Souderton, PA, son Richard DeForest of Darien, Susan DeForest of Florida and stepchildren Andrea Tidrick and her husband Nick, of Darien and Duncan Nevard of Fairfield. He cherished his 7 grandchildren: Richard DeForest (Caitlin), Jen Palko (Mike), Nik Bertino, Matthew Alvarado, Xander Tidrick, and William and Cora Nevard. He is also survived by 4 great-grandchildren and many nieces and nephews.

His family will receive friends on Sunday, May 15th from 4-7 pm at Lawrence Funeral Home, 2119 Post Road, in Darien, CT. A funeral service will be held at 11 am on Monday, May 16th, at Noroton Presbyterian Church. A private burial will be held at a later date. In lieu of flowers, memorial donations may be made to Post 53 Ambulance Service, P. O. Box 2066, Darien, CT 06820

Share Your Memory of
Clifford
Upload Your Memory View All Memories
Be the first to upload a memory!
Share A Memory