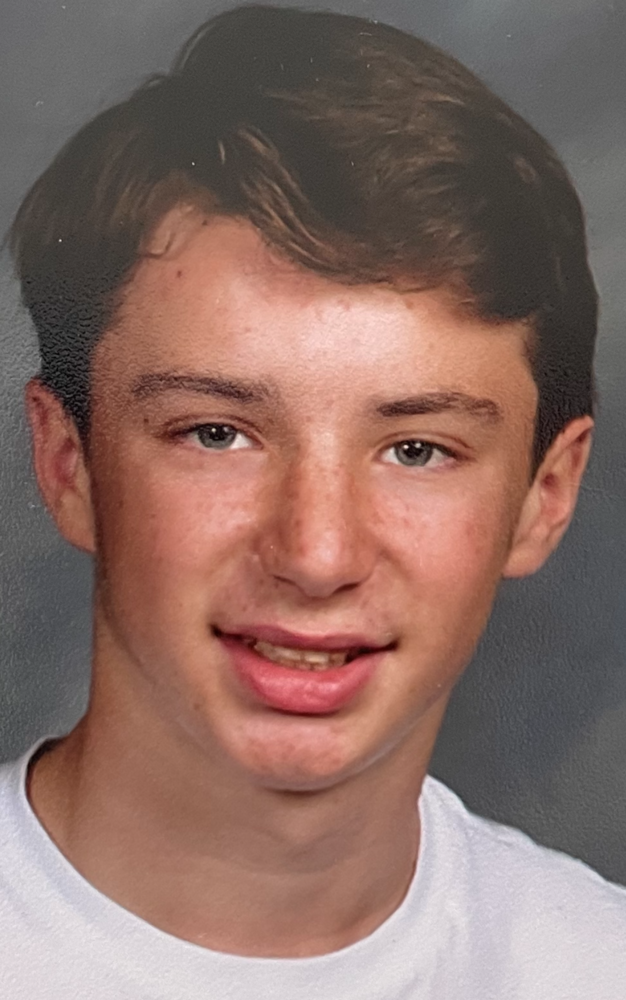 Please share a memory of Henry to include in a keepsake book for family and friends.
View Tribute Book

Henry L. Farmer, V, a resident of Darien, CT, died suddenly on Tuesday, April 12th at the age of just 16 in Stamford, CT of medical complications.   Henry was such a light in many people's lives with his infectious smile, laugh and sense of humor.  Henry was a quiet leader in all facets of his life but particularly when he played his favorite sports: hockey and golf.  Henry started playing hockey at age 5 with Darien Youth Hockey where he played hockey for 11 seasons, mainly on a travel team.  His many hockey teammates are some of his absolute best friends where he spent many hours over the 11 years bonding in the locker room and at tournaments in Lake Placid, NY, Providence, RI and Philadelphia, PA.  Henry played hockey for Darien High School this season as a forward on the JV team.  He also more recently, in the past few years, developed a love of golf influenced by his grandfather, Hank Farmer, and his dad.  He was on the Darien High School Golf team in the Spring of 2021 where he was called out for his passion, sportsmanship as well as his excellent trash talking (a badge of honor).   Beyond the rink and the links, Henry had many friends from all areas of his life who he cherished and they cherished him back.  He was also so deeply regarded by his coaches and teachers, one of whom would ask him every day "What's it like to be Henry Farmer today".  Henry was considered by many to be a role model, always exhibiting a hard work ethic, good sportsmanship and a sheer love of everything he set out to do,  He was such an immensely amazing person and will be missed beyond measure by his family who love him more than words can ever express.  Henry lived his best life everyday and those of us who were privileged enough to know him were so very lucky to be a part of his life.

Share Your Memory of
Henry
Upload Your Memory View All Memories
Be the first to upload a memory!
Share A Memory