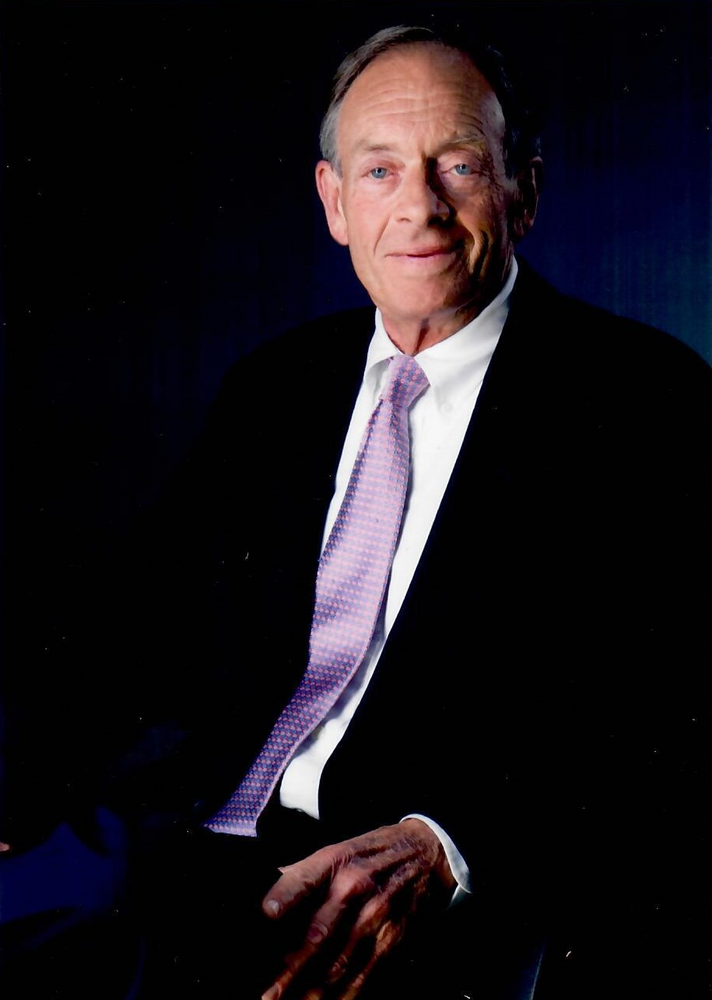 Please share a memory of Bernard to include in a keepsake book for family and friends.
View Tribute Book

Bernard Carroll Topper Jr., a resident of Darien for 50 years, passed away on April 7, 2022, with his family by his side. He was born on October 26, 1942, in York Pennsylvania to the late Bernard and Dorothy Topper.

A kind and generous man, Bernie was deeply devoted to his family. He especially cherished the gatherings when the entire family was together in Stone Harbor, NJ, where sticky bun mornings and body surfing with his children and grandchildren were a family tradition.

In high school, Bernie worked as a stock boy in the family business started by his grandparents, the York Cone Company, inventor of the famous York Peppermint Pattie. Bernie attended Norte Dame University, graduating cum laude, and then earned a J.D. degree from the University of Pennsylvania. He moved to New York City, where he met Maureen, his future wife of 51 years, and began a distinguished legal career with Milbank, Tweed, Hadley & McCloy. He joined GTE in 1979 as Assistant General Counsel. He was later appointed General Counsel for GTE Sprint Communications and relocated to Burlingame, CA. While at Sprint, in his address to the United States House of Representatives, entitled "The Grand Illusion of Equality" (Congressional Record), Bernie urged the adoption of policies to make the long-distance industry fully competitive. After a short time, he returned to New York and Milbank as a Partner of the Firm. Always passionate about his work, amazing clients, and colleagues, he retired as a consultant from the entertainment firm, Frankfurt, Kurnit, Klein & Selz three months before his passing.

In addition to his beloved Notre Dame, he was an avid Rangers and Mets fan to the end. His love of sports was passed down to his grandchildren in the pool, on the ice, field, court and mat.

He is survived by his wife, Maureen, his daughter Lauren Topper Spataro (Jim) of Darien, son Bernard III of Darien and son James (Stacee) of Hingham, MA; five grandchildren, Halle, Gracie and Jamie Spataro and Wes and Olivia Topper; two brothers, Steven Topper and John Topper of York, PA. He was predeceased by his brother, Henry Topper of Santa Rosa, CA.

The funeral service and burial will be private. Contributions can be made to Darien Post 53, or Hingham Sports Partnership. Arrangements have been entrusted to the Lawrence Funeral Home.

Share Your Memory of
Bernard
Upload Your Memory View All Memories
Be the first to upload a memory!
Share A Memory