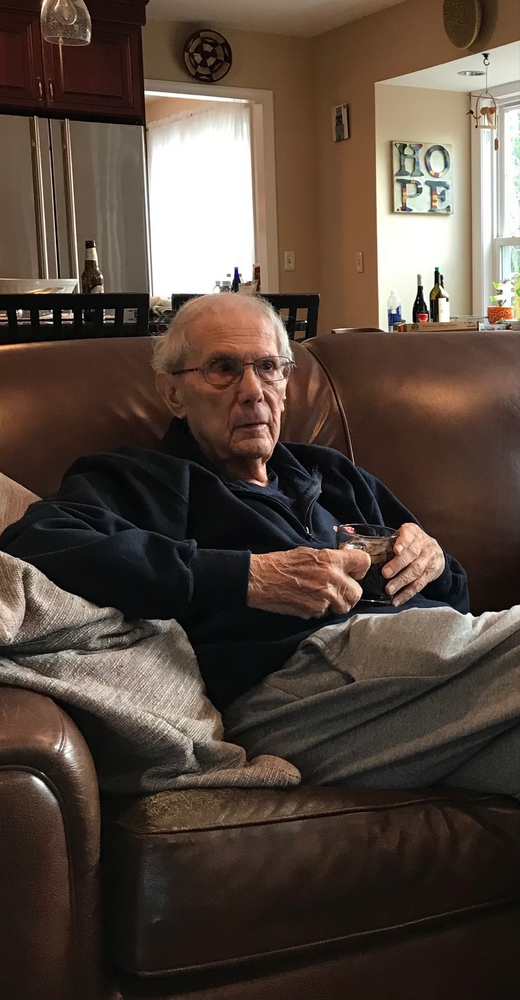 Please share a memory of John to include in a keepsake book for family and friends.
View Tribute Book

John P. Gerbasi, a resident of Trumbull and previously a longtime resident of Norwalk and Darien, passed away on Wednesday, January 12 at home.  Born in Stamford on April 15, 1933, he was the son of John M. Gerbasi and Carmella N. Gerbasi of Stamford.

John was raised in Stamford, graduated from Stamford High School, and served for two years in the U.S. Army during the Korean War.  He raised his family in Darien with his wife Priscilla E. Gerbasi, and for many years owned and operated the Priscilla Furniture store at 355 Post Road in Darien.  He served as a volunteer coach for his two sons’ Darien Little League baseball teams and followed their sports and school activities closely over the years.

John enjoyed restoring and dealing in early American antiques, following the stock market and current business events, horse racing, and maintaining the many friendships he made throughout his years in the furniture business in Fairfield County.  He was buoyed by his love of family and family gatherings, and spent time on family trips visiting Florida, North Carolina, Washington, DC, Martha’s Vineyard, Canada, Mexico, and other destinations.  He was predeceased by his wife, parents, and brother, and is survived by his sons Christopher J. Gerbasi (Lisa) of Fairfield and Joseph S. Gerbasi (Virginia) of Silver Spring, Maryland, and grandchildren Julia, Michael, and Andrew Gerbasi.  He took particular joy in the achievements and lives of his three grandchildren.

The family will hold a private visitation at the Lawrence Funeral Home, 2119 Post Road, Darien in April, with burial to take place at Spring Grove Cemetery. In lieu of flowers, the family asks that you make a donation to the Darien Little League at PO Box 2108, Darien, CT 06820. Please note “John P. Gerbasi” in the check memo line. To sign John’s online guest register Book, please visit www.LawrenceFuneralHome.com

(Do not delete this line. It does not print.  Text that is to appear on web must be entered after this line)«

Share Your Memory of
John
Upload Your Memory View All Memories
Be the first to upload a memory!
Share A Memory