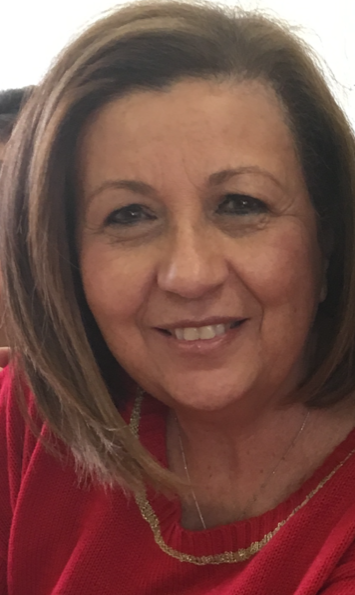 Please share a memory of Vincenza to include in a keepsake book for family and friends.
View Tribute Book
Vincenza Cassata, age 72, was called home to her loving Savior, Jesus Christ on Saturday, December 18, 2021. Born on June 15, 1949 in Cerda, Sicily, to Salvatore and Santa Galbo, Enza was an independent and creative thinker from the time she was a little girl. At 6 months old, she immigrated to the United States and excelled in every way possible, as she grew into a beautiful young adult. She graduated from F. I. T (Fashion Institute of Technology) as a gifted and innovative designer whom even her esteemed teachers learned from. She worked as a pattern maker for Simplicity Patterns, but decided to pause her professional career when she met the love of her life, Joseph, while on an Italian getaway in 1968. Their long distance relationship blossomed into a beautiful love story and in 1969, they were married. They were blessed with two daughters, Rosanna and Santina , whom she dedicated her entire life to. She was a graceful and radiant woman who made everything she touched more beautiful. She was her family's greatest supporter and her love will live on in each one of them. Vincenza is survived by her husband of 52 years, Joseph, who worshiped the ground she walked on and who cared for her until her very last breath. She is also survived by her daughters, Rosanna and Tina, who loved and adored her very much. In addition, she leaves behind her loving sons-in-law, Robert O'Brien and Richard Kovatch as well as her most treasured grandchildren, Joseph O'Brien, Sophia O'Brien and Matthew Kovatch, who were her whole heart. She will be missed by her sisters, Francesca Muscarella and Angela Galbo as well as her brother Larry Galbo and many nieces, nephews, cousins, extended family and friends. She is predeceased by her parents (Salvatore and Santa Galbo), her brothers- in-law, (Santo Muscarella and Gianni Azzara) and her sister-in-law (Rosa Azzara), as well as a niece and nephew (Rosamaria Cassata and Alberto Azzara). Vincenza's legacy will live on in the hearts and minds of everyone who knew and loved her. The family will receive relatives and friends at Lawrence Funeral Home on Tuesday December 21st from 8am-10 am, 2119 Boston Post Road in Darien, Connecticut. A Mass of Christian burial will follow immediately at 10:30am at St. Matthew's Church in Norwalk, Connecticut, 216 Scribner Avenue, Norwalk, Connecticut. Interment will follow at St. Raymond's Cemetery, 2600 Lafayette Avenue, Bronx, New York.
To send flowers to the family or plant a tree in memory of Vincenza Cassata, please visit Tribute Store
Tuesday
21
December

Share Your Memory of
Vincenza
Upload Your Memory View All Memories
Be the first to upload a memory!
Share A Memory
Send Flowers