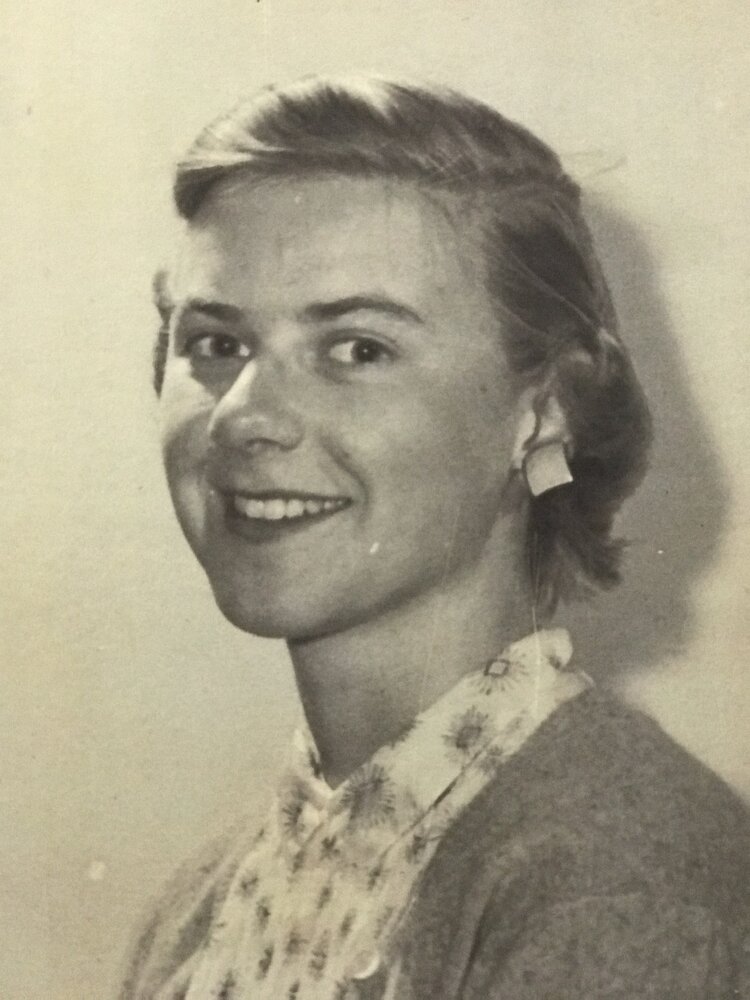 Please share a memory of Cornelia to include in a keepsake book for family and friends.
View Tribute Book

Baroque music lover and bibliophile Cornelia Van Rensselaer Goebel Bronson passed away on December 5th, 2021 at the age of 90 after a courageous battle with dementia. She was the daughter of Walther F. Goebel and Cornelia Robb Goebel of Greenwich, Connecticut and New York City. She leaves behind a family who will continue to honor her legacy by living their lives to the fullest.

Dr. and Mrs. Bronson were Southhampton residents for 25 years. Mrs. Bronson took cello lessons, performed in local classical ensembles, and played the 1,000-pipe organ from the St. John’s Episcopal which had been installed in their house. Mrs. Bronson was a member of the Southampton Garden Club and helped to lead the South Fork Concert Association.  In the mid 80’s, they moved to Fairfield, Connecticut, and later Mrs. Bronson moved to Darien.

Mrs. Bronson is survived by her son Nathaniel “Tan” Richardson Bronson III (Lillian), of Vermont and her daughter Jean Henderson Bronson (Stephanie) of Virginia, her sister Anne Goebel Barkman of Montreal, three grandchildren, and many nieces, nephews, and grand-nieces and grand-nephews. She leaves behind memories of her sharp wit, her love of needlepoint and cats, and her intense desire for solitude.

A Funeral Service will be held on Thursday, December 9, 2021 at 12:30 PM at St. Luke’s Episcopal Church 1864 Post Road in Darien, followed by a short graveside ceremony at Oak Lawn Cemetery in Fairfield, CT.

Share Your Memory of
Cornelia
Upload Your Memory View All Memories
Be the first to upload a memory!
Share A Memory
Send Flowers