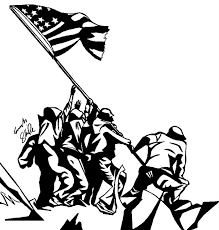 Please share a memory of Philip to include in a keepsake book for family and friends.
View Tribute Book

Philip Joseph Smith a resident of Greenwich, CT passed away at home on November 25, 2021. He was born in Portchester, NY to the late George W. Smith and Josephine T. Koninski. He was 81.

Phil grew up in Greenwich and attended and graduated from Greenwich Public Schools. He then attended ST Francis College in Biddeford, Maine where he graduated with a Bachelor of Arts Degree. Phil worked as an Insurance Adjustor for Royal Globe Insurance for over 20 years. He was also in the Army National Guard of Greenwich and a member of the Byram Veterans Association and AARP.

Phil is survived by his twin brother Jerry Smith and his wife Barbara of Darien, CT, a niece Lori Palau and her husband Jay of VA and great nephews Robert Smith of Ridgefield and Joseph Palau of VA. He was pre-deceased by one nephew William J. Smith

Share Your Memory of
Philip
Upload Your Memory View All Memories
Be the first to upload a memory!
Share A Memory