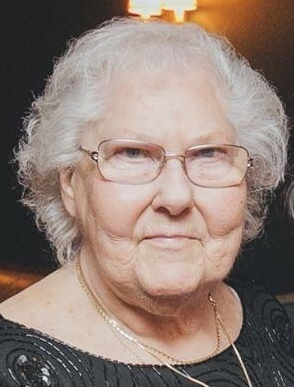 Obituary of Betty B. Torpey

Please share a memory of Betty to include in a keepsake book for family and friends.
View Tribute Book

A resident of Stamford since 1976 and of Darien for 40 years prior, passed away on November 10, 2021. She was born in Amsterdam, NY on September 24, 1934 to Robert Harold Barrigar and Mary Elizabeth Weigand. She graduated from Darien High School and started her lifelong career in various capacities from administrative assistant, bookkeeper, and executive secretary to office manager for several companies in Stamford, Norwalk and New York City and then joined a small family business to set up and manage its office operation. She was actively involved in what was the National Secretaries Association, now known as the International Association of Administrative Professionals. She served as President of both the Norwalk Chapter and the Connecticut Division and addressed many local business, civic and educational organizations and traveled nationwide representing the Connecticut Division. She was instrumental in bringing the organizations national convention to Connecticut and was its conference coordinator. After retirement she joined The Stamford Women's Club in 2013 and served as their President for a short time due to medical issues. Betty was pre-deceased by her former husband Donald Huntsman Scofield, her husband Donald Joseph Torpey and later life companion of 17 years Henry Mazza. She was also pre-deceased by sisters Mary Avery, Dorothy Scofield and Edna Helt and brothers Robert Barrigar, James Barrigar. She is survived by her son Donald Scofield, his wife Cindy and son Ronald Scofield, grand children Christopher Scofield, Stephanie Scofield Taliercio, Lyndsey Scofield Witkowski and David Scofield, great-grandchildren Anthony and Luca Taliercio and former daughter-in-law Maryann Avery Scofield. She is also survived by several nieces and nephews. Calling hours will be held at Edward Lawrence Funeral Home, 2119 Post Road, Darien, Ct. November 20, 2021 from 3pm – 5pm. Internment at Spring Grove Cemetery on Tuesday November 23, 2021 at 11:00am.

To send flowers to the family or plant a tree in memory of Betty Torpey, please visit Tribute Store
Saturday
20
November

Share Your Memory of
Betty
Upload Your Memory View All Memories
Be the first to upload a memory!
Share A Memory
Send Flowers