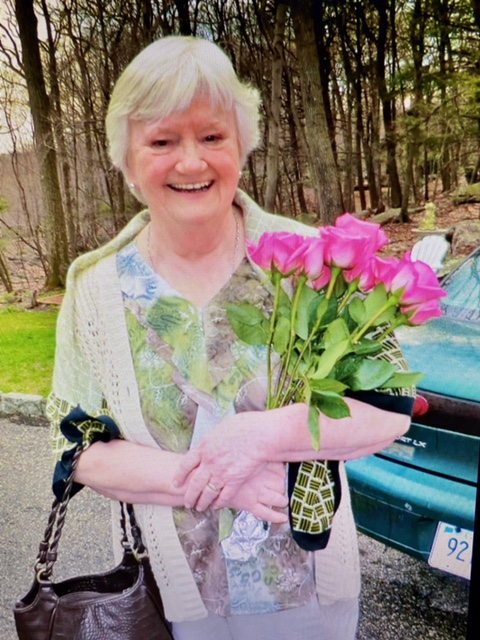 Please share a memory of Joan to include in a keepsake book for family and friends.
View Tribute Book
Joan Catherine Soldano, 88, of Indian Trail, NC, formerly of Norwalk, CT, entered eternal life on Monday, November 1, 2021 in Matthews, NC. Born in Buffalo, NY, daughter of the late Francis and Josephine (Shea) O'Donnell, she was predeceased by her husband Frank J. Soldano, her former husband, James D. Tierney and her daughter Marie Terese Tierney, as well as her brothers Francis O'Donnell and Wilfred O'Donnell, and her sisters Mary Antalek and Patricia Nolan. Joan attended Catholic schools in Buffalo, NY, and played on her high school basketball team. After graduating from business school, she began working professionally when she was just 17 years old, after obtaining a job with the railroad where her uncles also worked. Joan worked for many years as a secretary and before retiring in 1988, Joan was a teller trainer with Union Trust in Stamford. A devoted Catholic who attended daily mass for years at St. Jerome Church in Norwalk, Joan was a Third Order Carmelite who believed strongly in the power of the Rosary and the Chaplet to affect positive change in the world. Joan was a talented gourmet cook and loved to entertain friends and family. Spending time with her grandchildren and great-grandchildren was her greatest joy. She also enjoyed traveling and spoke often of her experiences while living in Japan in the 1950s. Joan is survived by her daughter Margaret (Tierney) McIntire and son-in-law Michael McIntire, her grandchildren, Matthew Tierney and his wife, Lauren Tierney, Meghan McIntire, Lauren McIntire and Ryan McIntire. She is also survived by her great-grandchildren, Addison Marie and Austin Matthew Tierney, and Jackson Nicholas Clarke. Calling hours will be from 4 to 5 p.m. on Thursday, November 11 at the Lawrence Funeral Home, 2119 Boston Post Road, Darien. A Mass of Christian Burial will be held at 11 a.m. Friday, November 12 at St. Jerome Church, 23 Half Mile Road, Norwalk followed by Entombment in St. John Cemetery, 25 Camp Avenue, Darien. The Reverend David Blanchfield will officiate, and the Lawrence Funeral Home is handling the arrangements. In lieu of flowers, the family requests that donations be sent to St. Jerome Church, 23 Half Mile Road, Norwalk, CT 06851.
To send flowers to the family or plant a tree in memory of Joan Soldano, please visit Tribute Store
Thursday
11
November

Share Your Memory of
Joan
Upload Your Memory View All Memories
Be the first to upload a memory!
Share A Memory
Send Flowers