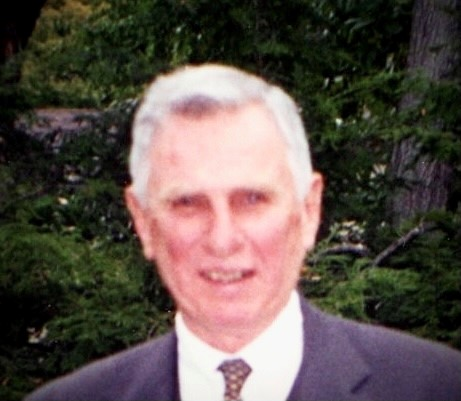 Please share a memory of Daniel to include in a keepsake book for family and friends.
View Tribute Book
Daniel Hugh O'Brien, a lifelong resident of Darien, passed away peacefully at the age of 83 on October 21, 2021. Born on November 10th, 1937, he was the son of the late Mary and Jeremiah O'Brien. After graduating Darien High School in 1956, Daniel proudly served our country in the United States Marine Corps for three years as a Corporal stationed at Camp Lejeune in Jacksonville, NC from 1958 to 1961. Being a Marine was as honor Daniel always carried with him till his passing. After the Marine Corps, Daniel entered Benjamin Franklin University in Washington, DC, and completed his bachelor's degree in Accounting, and shortly thereafter became a Certified Public Account (CPA). In 1963, Daniel met Mary Ellen Roe of Teaneck, New Jersey, and in June of 1965 the two were married and settled down in Darien for more than 51 years. Daniel held leadership roles in finance covering decades at companies, including Christian Dior, Chanel and Pepperidge Farm. In 1985, Daniel joined Thomson Corporation of America, a division of Thomson SA of France (now Thales Group), serving as President for more than 10 years. After an impressive and successful career traveling through Europe with Mary Ellen, Daniel retired in 2000. Growing up on the edge of Long Island Sound cemented Daniel's love of the water, and over the course of his lifetime he would own more than a dozen boats. His last boat was named the "Irish Lady", a nod to Mary Ellen. Summers were spent with his family and friends on the Sound, waterskiing, fishing or simply moored in Ziegler's Cove. He served the Darien Boat Club as its commodore from 1989 to 1991. Daniel proudly served as a member of the Noroton Fire Department for more than 65 years. He rose through the ranks to become Chief of the department from 1970 to 1972 and again from 1979 to 1982. He was also President of the department from 1986 to 1989 and served as the Town's Fire Marshal during his tenure. He was awarded Fireman of the Year twice in 1972 and 1989 and received the department's Special Service Award in 2011. Daniel and Mary Ellen enjoyed traveling with family and friends and entertaining at their homes in New Hampshire and Vermont. Frequent trips up north were a norm when the boys were young. These trips were foundational to building a strong family and remains a tradition their sons have carried on as they raise families of their own. Daniel is survived by his three sons; James M. O'Brien, Daniel H. O'Brien Jr. and William P. O'Brien and his wife Sheila, as well as eight wonderful grandchildren who loved him dearly. Daniel is also survived by his sister Geraldine F. Krawiec of Darien, CT, and was predeceased by his wife of 51 years Mary Ellen and his sister Mary E. Long of Windsor, CT. A wake will be held on Monday, October 25th between the hours of 5:00-8:00 PM at the Edward Lawrence Funeral Home, 2119 Post Road in Darien. A Mass of Christian Burial will be held on Tuesday, October 26th at 10:00 AM at St. John Roman Catholic Church, 1986 Post Road in Darien. Burial will follow at Spring Grove Cemetery in Darien. In lieu of flowers, donations can be made to Noroton Fire Department, 1873 Post Road, Darien CT 06820.
To send flowers to the family or plant a tree in memory of Daniel O'Brien, please visit Tribute Store
Monday
25
October

Share Your Memory of
Daniel
Upload Your Memory View All Memories
Be the first to upload a memory!
Share A Memory
Send Flowers