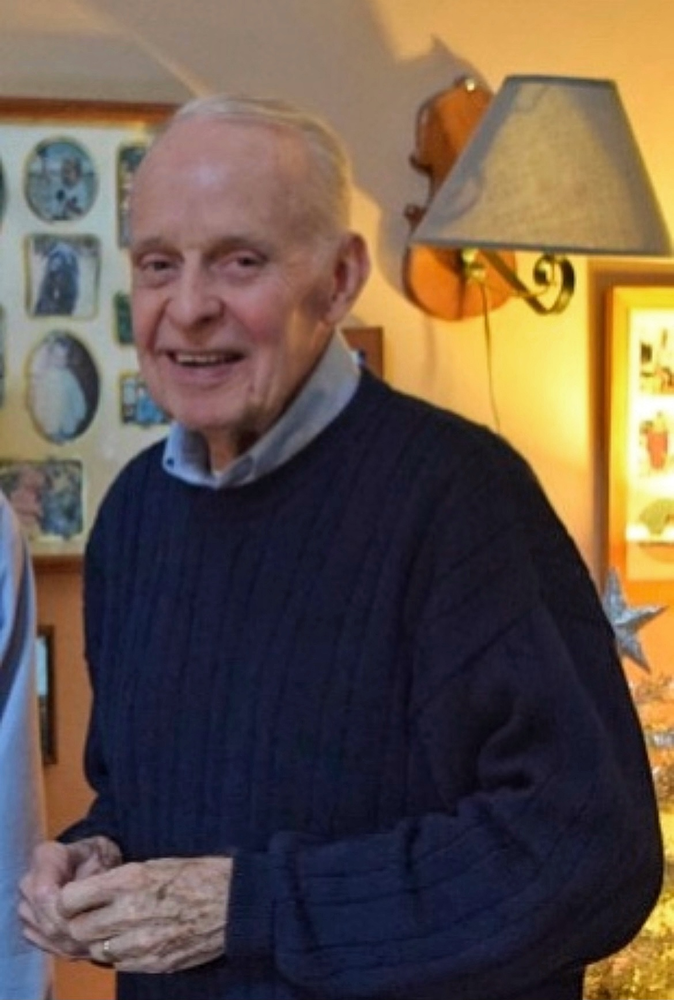 Please share a memory of Howard to include in a keepsake book for family and friends.
View Tribute Book
Howard "Tom" Thompson passed away on May 29. He was 89 years old. Born in Oak Park, Illinois, Tom spent his childhood years in New Canaan and ultimately raised his family in Darien. After graduating from Middlebury College in 1953, Tom served in the United States Navy. Tom married Ann Hilton in 1958. Together they raised two children. In business, he enjoyed a successful career as an advertising executive, including vice-president for Benton & Bowles Advertising Agency. During his 63 years in Darien, he served as Treasurer of Noroton Presbyterian Church, Chairman of the Darien Red Cross, and President of The Darien Senior Mens Association. Tom volunteered for the Stamford-based Meals on Wheels organization. Tom enjoyed time with his family on numerous vacations in the Caribbean and summers in Plymouth, MA and Cape Cod. He was an avid New York Yankees fan and also cheered for the Patriots, as his granddaughter is a New England Patriots cheerleader. In addition to his wife, Ann, Tom is survived by his two daughters, Cynthia Thompson Daniska (Michael) of Bethel, CT and Betsy Thompson of Darien. Tom is also survived by two grandchildren, Scott Daniska and Lauren Daniska, both of whom reside in the Boston area. A private family memorial will take place in Plymouth, MA in August. In lieu of flowers, donations can be made in Tom's memory to Fidelco Guide Dog Foundation, 27 Cannon Road, Wilton, CT 06897.
To send flowers to the family or plant a tree in memory of Howard Thompson, please visit Tribute Store
Online Memory & Photo Sharing Event
Online Event
About this Event

Look inside to read what others have shared
Family and friends are coming together online to create a special keepsake. Every memory left on the online obituary will be automatically included in this book.
View Tribute Book
Services for Howard Thompson
There are no events scheduled. You can still show your support by sending flowers directly to the family, or planting a memorial tree in memory of Howard Thompson.
Visit the Tribute Store

Share Your Memory of
Howard
Upload Your Memory View All Memories
Be the first to upload a memory!
Share A Memory
Send Flowers