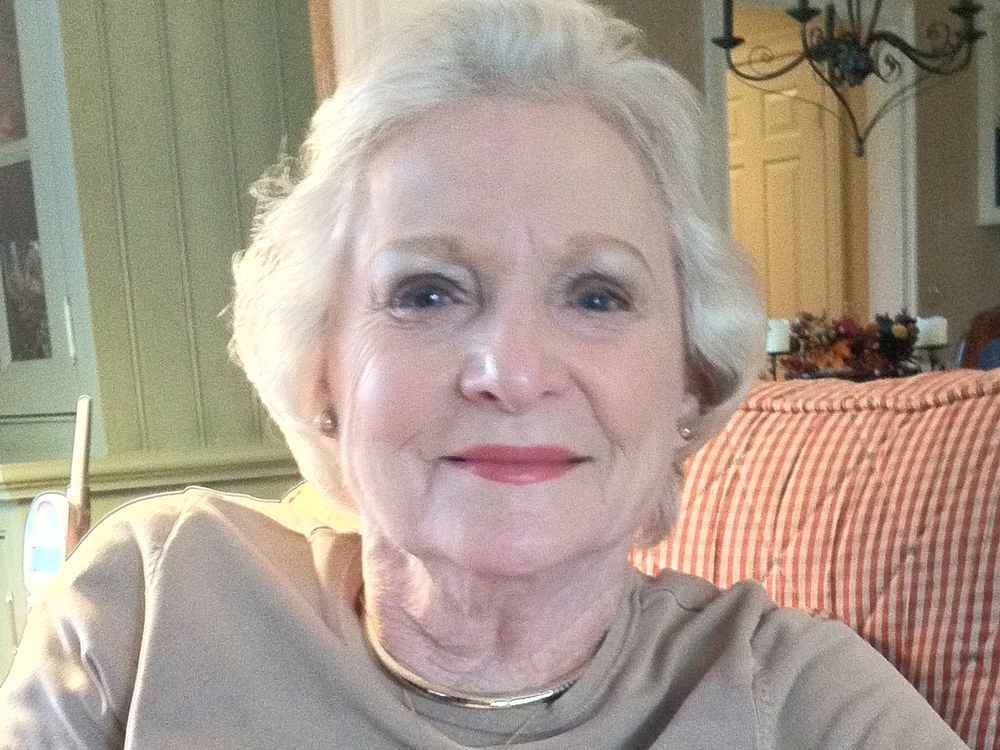 Please share a memory of Beverly to include in a keepsake book for family and friends.
View Tribute Book

Heaven received a beautiful soul on May 17, 2021. Beverly Woodcock McArthur, 95, passed away peacefully, surrounded by her loved ones.

Born in Los Angeles, California, on May 16, 1926, to Vera and Nathan Woodcock, Bev spent her childhood earning Girl Scout badges and roller skating down Wilshire Boulevard with her girlfriends, most likely heading to the malt shop. Prior to graduating from Los Angeles High School in 1944, Bev was introduced to Anson James "Jim" McArthur, the true love of her life. This introduction was set up by Bev's mother, Vera and Vera's best friend, Isabel McArthur, Jim's mother. Bev and Jim were married on November 8, 1944, she was 18 and he was 20.

Bev and Jim, an architect, remained in California until a job-related opportunity presented itself, and they moved with their two young children, Steve and Carrie, to Madrid, Spain. When the project was completed two years later, the family moved back to California and soon thereafter, welcomed a third child, a son, Scott. A few years passed, and the family of five moved across the country where they settled in Darien, CT in 1962.

When Bev wasn't doting on her family and being mistaken for Betty White, she delighted in sewing, gardening, attending her children's sporting events and being involved in the PTA. Bev was a long-time member of Wee Burn Country Club, where she enjoyed golf and bowling in the women's and mixed leagues. As the years went on, her heart remained young as proven in the activities she chose like tap dancing and taking a college Spanish class. Bev spent much of her free time baking cookies for the patients and doctors at the Bennett Cancer Center. She also enjoyed knitting scarves, blankets and hats for anyone in need.

To know Bev was to love Bev. She knew no strangers and upon meeting her, everyone felt her warmth through her twinkling eyes and kind smile. Bev also had a wit like no other, often leaving those around her crying with laughter. Although she faced challenges in her life, including the loss of her beloved son, Lance Corporal (U. S. Marine Corps) James Stephen McArthur, Bev chose to live her life with optimism and joy. She set the bar high for those who knew her by exemplifying grace, compassion, and a generous spirit. Bev spent countless hours volunteering at the Bennett Cancer Center, Stamford Hospital Emergency Department, the Westport Women's Club, and was an active member of the P.E.O. Sisterhood of Chapter B in Westport. She was a gem and will be truly missed by all who knew her.

Bev's family would like to extend a special thanks to all of the wonderful employees of The Residence at Selleck's Woods in Darien, whom Bev considered family, for their loving care while she resided there, and Constellation Hospice.

A Celebration of Life will be held at St. Luke's Episcopal Church in Darien on June 11, 2021 at 11:00 am. In lieu of flowers, donations can be made in Bev's name to the Stamford Hospital Foundation, 1351 Washington Blvd Suite 202, Stamford, CT 06902 http://support.stamfordhospitalfoundation.org/bcchm or to the Westport Women's Club Scholarship Fund, 44 Imperial Avenue, Westport, CT 06880.

Share Your Memory of
Beverly
Upload Your Memory View All Memories
Be the first to upload a memory!
Share A Memory