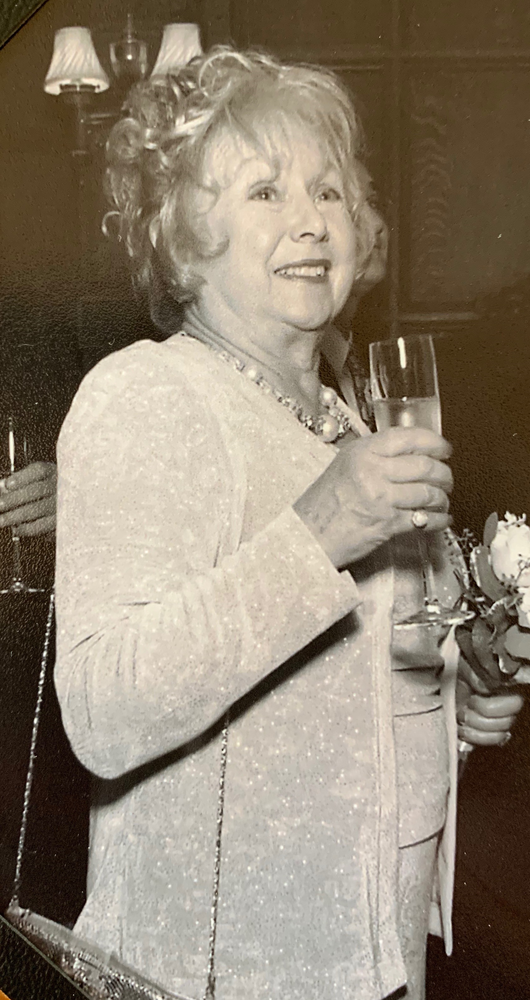 Please share a memory of Carol to include in a keepsake book for family and friends.
View Tribute Book

Carol Ann Weil Santosus, a resident of New Canaan for nearly 50 years, died Sunday morning, May 9, at her home, having lost her second battle with cancer. She was 86.

Carol was born June 24, 1934, in Yonkers NY, the first daughter, and second child of the late Edward John and Dorothy O'Rourke Weil. Priced out of purchasing a home in Westchester, her parents chose to build a new home in Lake Success on Long Island, which was a burgeoning, but still affordable suburb.

Carol attended and graduated from Great Neck High School in 1952. She felt lucky and blessed to be part of a cohort that benefited from the temporary relocation of the headquarters of the United Nations to Lake Success from 1947 through 1952, which filled the school with many international students, enriching the educational experience during that time.

Following high school, Carol enrolled in Connecticut College, but terribly homesick, she left after completing her first year. She then attended Katherine Gibbs and had a brief career at NBC in Manhattan. While she remained intellectually curious and engaged throughout her life, Carol felt her life calling was family and home making.

She had always wanted a big family, and at the end of her life she was certain it was what she was built to do. She was right. She married Anthony C. Santosus in 1957, and with her parents' help, they built a home in the Bay Hills village in Huntington, NY. Within a year, the newlyweds had twin boys, and within two years they welcomed a daughter. Altogether they had seven children and 13 grandchildren.

She had many interests and led a very active life in addition to raising her family. She was an avid cook and gardener. She loved the beach, the sea, the ocean, and came to appreciate her backyard pool for daily summer dips in lieu of more natural bodies of water. She loved to travel, especially to and around Europe, and she often visited Vermont for hiking and biking. She enjoyed attending live theatre and musical events.

She was a film buff, and had a love of classic films. She was a long-time member of the Country Club of Darien, where she played tennis and paddle tennis regularly for decades. She could complete a New York Times crossword puzzle, and was a bad ass card player. But she loved being with her family most of all.

She was married to her husband for 49 years until his death in 2006. She was also predeceased by an infant son, John Santosus and a brother, John Weil.

Her children are forever grateful to her caregiver, Mary, who made it possible for Carol to return home and live out her final months surrounded by people and things she loved.

To send flowers to the family or plant a tree in memory of Carol Santosus, please visit Tribute Store
Tuesday
18
May

Share Your Memory of
Carol
Upload Your Memory View All Memories
Be the first to upload a memory!
Share A Memory
Send Flowers