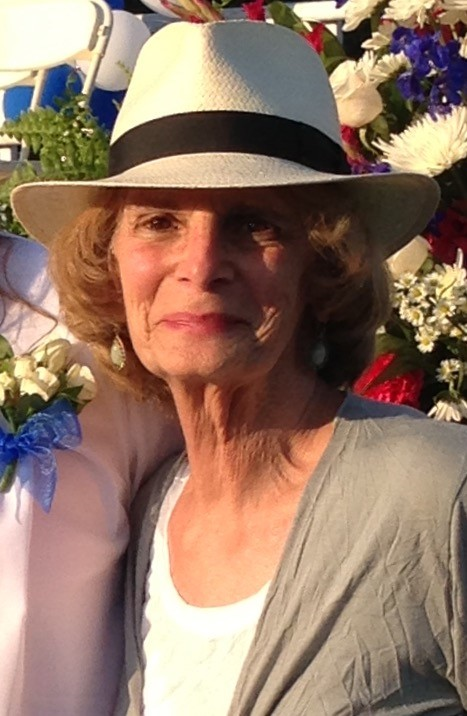 Please share a memory of Marilyn to include in a keepsake book for family and friends.
View Tribute Book
Marilyn (Mariotti) Van Sciver a lifelong resident of Darien died peacefully at home with family on Saturday, April 24. She was 86. Born January 1, 1935 in Brooklyn, NY, she was the daughter of the late Louis J. Mariotti and Adele Camisa. Mrs. Van Sciver graduated from Darien High School in 1952. Following graduation, she worked as an Assistant Town Clerk for Darien. Mrs. Van Sciver spent her entire career working for the Town. She was a member of the New England Association of City and Town Clerks and the Connecticut Town Clerks Association. She received her Municipal Clerks certification from Salve Regina University in Newport RI. She was elected Town Clerk of Darien, took office on January 1, 1978 and held that office until retiring on January 1, 2000. Mrs. Van Sciver married Arthur E. Van Sciver on January 12, 1957. They built their forever home in Darien where they stayed to raise their family. They were extremely proud to call Darien their home and proud to be part of six ongoing generations in Town. Both were active in the community. Mrs. Van Sciver was an avid boater and loved spending time with her family on the water. Her true passions were family, her animals, her home and her gardens. She was happiest when her whole family came together or when she was just working in her yard. She loved all "her" animals and the family knew that once one arrived on "the compound" they became hers and no-one loved them more. Her golden, Stella and entire family will miss her terribly, but she will live on in our hearts forever. Mrs. Van Sciver is survived by her daughter Cindy Hampton and her husband Phillip of Darien, a daughter-in-law Jeanne Van Sciver of Darien, six grandchildren Jesse Ryan of Stamford, Artie Van Sciver (Kittery) of North Carolina, Jessica Benedetto (Louis) of Stamford, Kaylyn Reid (Nicolas) of Virginia, Samantha Hampton of Massachusetts and Morgan Hampton of Darien. Seven great-grandchildren: Adele, Hope, Sciver, Kate, Maise, Jack and Hudson. Six nieces: Sherry, Lynn, Bonnie, Nancie, Diane, Joan and a nephew Michael. In addition to her parents, Mrs. Van Sciver is predeceased by her husband Arthur E., son Arthur L. and great-grandson Arthur N. All services for Mrs. Van Sciver will be held at Lawrence Funeral Home, 2119 Post Road Darien. Calling hours will be Friday, June 11 from 4 to 7 p.m. Private funeral services for family will be held Saturday, June 12 with burial to follow at Spring Grove Cemetery in Darien. In lieu of flowers donations may be made to the Museum of Darien (formerly Darien Historical Society), 45 Old King's Hwy N. Darien, The Noroton Fire Dept., 1873 Post Road, Darien or a charity of your choosing.
To send flowers to the family or plant a tree in memory of Marilyn Van Sciver, please visit Tribute Store
Friday
11
June

Share Your Memory of
Marilyn
Upload Your Memory View All Memories
Be the first to upload a memory!
Share A Memory
Send Flowers