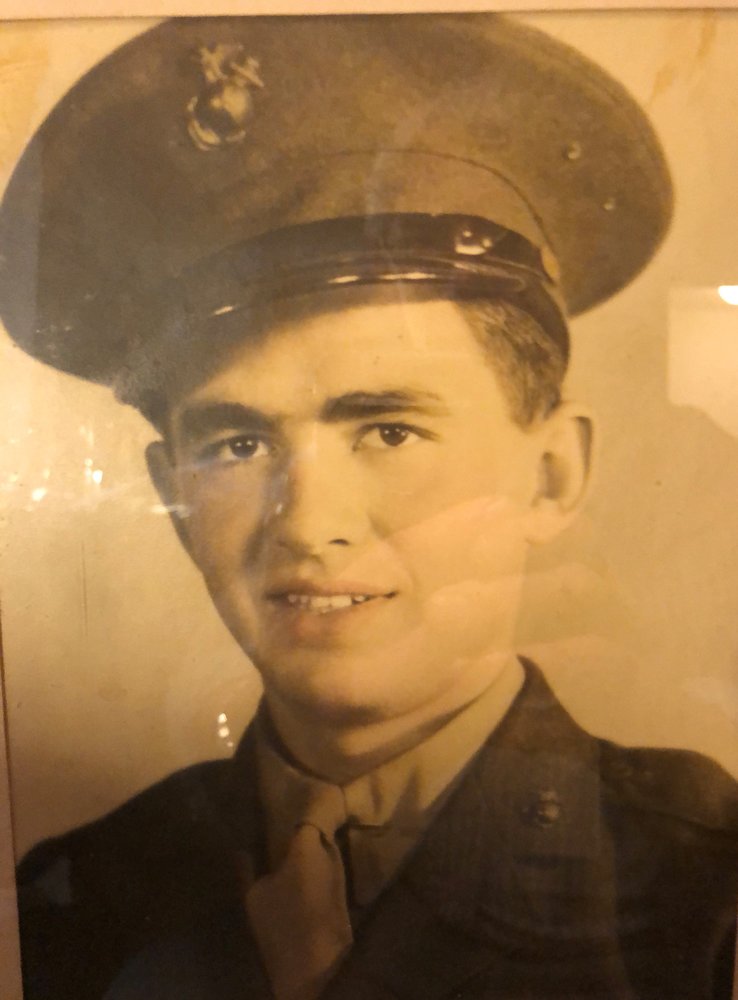 Please share a memory of Eric to include in a keepsake book for family and friends.
View Tribute Book
Eric Cyril Scott passed away at the age of 97 on Monday, April 19, 2021. A resident of Darien, CT from 1965 to 1998, he was born in the Bronx to George and Georgina (Rivers) Scott. After high school, he enlisted in the Marines as WWII was getting under way. He saw duty in the Pacific, and his older brother, James Howard Scott, a Navigator in the 15th Air Force, was killed in action in August of 1944. Eric was very proud of his military service and often regaled family and friends with his war stories. In April 1947 he married Joya Pauline Ward and they had three sons: James Edward (Patricia), Bruce William and Robert Glenn, who survive him. He was instrumental in bringing home delivery of newspapers to New Canaan and Springdale when he incorporated New Canaan & Scotty's News Service in 1962. He was a past President of the Fairfield County Route Dealers Association and was a charter member of the Rowayton Yacht Club. He was also a long-time member of the Darien Lions Club and he was the first commissioner of the DJFL (Darien Junior Football League). His woodworking skills led him to build a summer home in Jackson Corners, NY and the family spent many happy times there. To say he was an MGT buff would be an understatement. He owned several vintage MGs and was member #3577 of the MG T Register. He led many MG rallies and directed a 1986 ocean to ocean tour from the East coast to the West coast of the United States. Ten years later, he led a tour through England and Scotland. He cherished the times spent tinkering on autos and basking on Long Island Sound with his boys and he adored his three grandchildren: Ericson Paris, Nicholas Garrison, and Lila Livingston Scott. They also survive him, as does his wife of 74 years, Pauline. A reception will be held at the Lawrence Funeral Home (2119 Boston Post Rd) on Saturday, May 1, 2021 from 11:30 -12:30. Immediately following, Graveside Service with Military Honors will be at Spring Grove Cemetery at 1:00 P.M. The Lawrence Funeral Home is handling the arrangements. Contributions in memory of Eric may be made to the American Heart Association (heart.org) or the Alzheimer's Association (alz.org). www.lawrencefuneralhome.com
To send flowers to the family or plant a tree in memory of Eric Scott, please visit Tribute Store
Saturday
1
May

Share Your Memory of
Eric
Upload Your Memory View All Memories
Be the first to upload a memory!
Share A Memory
Send Flowers