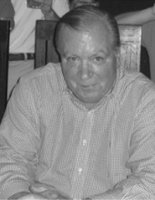 Long-time Darien, CT resident, William (Bill) Forsyth Dordelman, aged 80, passed away peacefully at his home on December 19, 2020. A man who achieved so much in his professional life, Bill always considered his greatest accomplishment to be his family. Bill was born in Glen Ridge, NJ on October 18, 1940 to Wilbert Ernst Dordelman and Dorothy Forsyth Dordelman. He met his future bride of sixty-one years, Barbara Ann Gaddis, down the Jersey shore in Bay Head. The couple started their married life at the University of Virginia, where Bill was a member of the Thomas Jefferson Society, the Rotunda Society, the Cornerstone Society, and the Lawn Society. Despite being a busy married father of two, Bill managed to attain his B.A. with distinction in 1962. The young family then headed to Harvard, where Bill earned his M.B.A. and graduated in the top third of his class in 1964. Bill launched his impressive career at General Foods, where his twenty-two-year tenure culminated with him serving as the President of the Food Products Division. He then served as Co-Chief Executive Officer of the Manischewitz Company and Chairman and Chief Executive Officer of Colorado Prime Corporation. Bill capped off his career as a principal at Kohlberg & Company until his retirement in 2010. He served on the boards of directors of numerous corporations as well as serving as a director for the New York chapter of the Young Presidents’ Organization, the Harvard Business School Club of Westchester, Saint Vincent’s Hospital, and Mid Fairfield Youth Hockey. He was also a director and past president of the Greenwich Croquet Club and was active in the Big Brothers/Big Sisters program. Always fun-loving and welcoming, Bill developed life-long friendships through his active involvement in the Beta Chapter of Zeta Psi Fraternity, the Wee Burn Country Club of Darien, CT and the Ocean Reef Club of Key Largo, FL. Bill was also an avid sports and gamesman; he loved racquet sports, fishing, croquet, and backgammon. And while he was a devoted New York Giants and New York Rangers fan, he always cheered the loudest when he was attending the games or performances of his children and grandchildren. He was the loving husband of Barbara, the proud and adoring father of Dorothy Pearson, William Dordelman (Sally), Patricia Ripperger (Philip), and Lauren Gantt (Jason), and the enthusiastic and caring grandfather of eleven grandchildren: Taylor and Kathryn Pearson, Jack and Eliza Dordelman, Philip, Meghan, Peter, and Claire Ripperger, and Christopher, Katelyn, and Will Gantt. He is also survived by his sister, Patricia Dordelman Schmid (Udo), his sister-in-law Dorothy Daly, and seven nieces and nephews. A private family burial is planned for 28 December 2020, with a celebration of his life to be scheduled at later date when we can once again gather safely. In lieu of flowers, donations may be directed to the National Multiple Sclerosis Society and/or the Dordelman Family Jefferson Scholarship Fund at the University of Virginia.