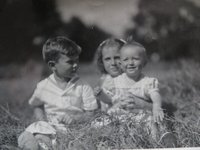 The family of Cynthia Crimmins, a longtime Darien resident, announces with great sadness her death at home on November 29th. She was eighty-three years old. The cause was cancer. Cynthia was born on September 2, 1937, in New York City to Dr. Walter Gray Crump Jr. and Claire Conroy Crump, the youngest of three children. Her sister Constance (Hume) predeceased her. Her brother Walter Gray Crump III survives her. She married engineer and executive Kevin B. Crimmins, also of Darien, in 1960. He predeceased her in 2000. She found happiness again with architect J. Arvid Klein, and married him in 2004. He survives her. She is also survived by her three children, Pamela Crimmins of New York City, John Crimmins (Phyllis) of Nokomis, Florida, and Lillian Crimmins Knight (Christopher) of Darien. She was a proud grandmother of five and a great-grandmother of one. Cynthia grew up in New York City and in Darien. As a child in Darien, she rode at the Ox Ridge Hunt Club, often riding across the Auchincloss property (now the Darien Country Club). A lifelong member of Noroton Yacht Club, she loved racing with her brother Walter and her husbands, Kevin and Arvid. She attended New Canaan Country School in New Canaan, CT, Brearley School in New York City, Convent of the Sacred Heart in Greenwich, CT, and Trinity College in Washington, D.C. before earning her BA in English, with a minor in French, at Manhattanville College in 1959. She earned a Master of Arts in Teaching of English in Secondary School from Harvard University in 1960. Cynthia dedicated herself to literacy as a tutor, volunteer, and substitute teacher at local schools. Through the Junior League of Stamford-Norwalk,she initiated and later served as the Chairman of the Board of Program One-to-One, a pioneering early childhood language and literacy program. She also served on the boards of Convent of the Sacred Heart in Greenwich and the Darien Library. Cynthia avidly raised funds for programs and causes she cared about, often opening her beautiful home on Long Neck Point for events. In particular, she hosted fundraisers for Family Reentry and Convent of St. Birgitta in Darien after it was devastated by a fire in 2006. Cynthia's love of travel took her to all corners of the earth and culminated in her serving as the President of Vantage Travel. She was also was a longtime member at Wee Burn Country Club. A small private burial will be held on Saturday, Dec. 5. A memorial celebration will follow when circumstances allow. In lieu of flowers, donations can be made in her memory to Darien Land Trust at darienlandtrust.org.