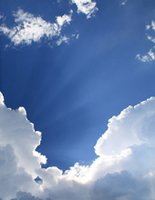 David S. Ruskay recently passed away at home in Bridgeport, CT at the age of 62. He is survived by his mother, Margaret Good, his son Justin D. Ruskay (and wife Shana), his daughter Jessica L. Ruskay and his three grandchildren Vivienne, Justin T., and Evelyn. David graduated from Norwalk High School in 1976. He was a dispatcher at Elite Limousine in Norwalk. His passion was music. He enjoyed composing and recording his music and was the lead singer with the band "Loose Change". He was also a student of the history and culture of Native American Indians. Funeral arrangements are being made by Lawrence Funeral Home in Darien. Services will be private. Donations can be made in David's memory to the MusicCares Foundation or to an organization of one's choice.