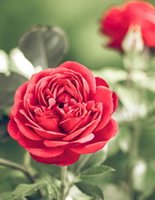 Arline M. D’Aquila, a long-time resident of Darien, passed away on Tuesday, October 13, 2020 in Fairfield, CT. Born on March 26, 1926 in Meriden, CT, she was the daughter of the late Rocco and Mary (Petrucelli) D’Apice of Meriden, CT. Arline was raised in Meriden, CT and graduated from Meriden High School in 1944. She was employed at the Southern New England Telephone Company until 1953. She married Louis C. D’Aquila of Stamford, CT in 1953 and resided in Darien for 67 years. Louis passed away in 2002. Arline was known as “Lee” throughout her life. She was a faithful and active member of St. John R. C. Church in Darien. Arline was a people person and loved being around her family, relatives and friends. She enjoyed organizing and attending social gatherings and parties and having a “few laughs”. Arline always cherished the opportunity to travel and was able to pursue that passion extensively in her senior years with numerous trips around Europe and North America. Arline leaves behind daughter Mary Ellen Lehmann (Kenneth) of Fairfield, CT; son Daniel D’Aquila (Joan) of Lower Merion, PA, son John D’Aquila (Ann) of York, ME, and daughter-in-law Mary (McCabe) D’Aquila of Stamford, CT. She is also survived by nine grandchildren Elizabeth Hill (Frank), Kathleen Holko (Matthew), John D’Aquila, Katherine LaPietra (Luigi), Erin D’Aquila, Christopher D’Aquila, Connor D’Aquila, Matthew D’Aquila, Robert D’Aquila and her great granddaughter Madeline Holko. Besides her parents and husband, Arline is predeceased by a brother Daniel D’Apice, a sister Mildred D’Apice and her son Robert F. D’Aquila. A Funeral Mass for family members only was held at St. John R. C. Church in Darien on Saturday, October 17, 2020 followed by a burial at Queen of Peace Cemetery in Stamford, CT. The Lawrence Funeral Home, Darien, CT handled the arrangements. In lieu of flowers, the family asks that donations be made to either St. John R. C. Church in Darien, CT or the American Heart Association in Arline’s name.