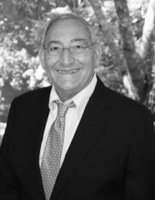 On Wednesday, August 12, 2020, Charles Thomas Nedder of Darien, CT, loving husband and father of three children, passed away at the age of 77 after a long battle with Lymphoma. Charles was born on March 16, 1943 in Boston, MA to Ernest and Mary Nedder. As a child, growing up in West Roxbury, MA with his six siblings, he had a reputation for kindness, support and a quiet strength. He accumulated many accolades as a student and football player at Cathedral High School, Boston, MA. He was affectionately known as The Tiger. Charles graduated from Northeastern University with a Bachelor of Science in psychology and mathematics. On July 9, 1966, he married Catherine Ellen MacDondald. They raised three sons, Charles Thomas, Ernest John and Michael Thomas. He started his career at Filene’s department stores in Boston and after seven years of success he transitioned to the top corporate level of Lord and Taylor where he was extensively involved in the restructuring and expansion of the chain in the 1980s which led to the notable turnaround of Lord & Taylor. Charles always enjoyed the beach, especially on family vacations in the Islands and summers in North Falmouth, MA. Charles was preceded in death by his father, his mother, sister’s Sylvia Tenn, and Mary Nedder, and his brother John Nedder. He is survived by his wife Catherine, his three children, brother’s Ernest Nedder, Sarkice Nedder and sister Elizabeth Kuzia, nine grandchildren, Isabella, Scott, Annabelle, Kieran, Bailey, Laela, James, Margaret, and Johnathan. A private service will be held at Saint Thomas Moore, Darien, CT, for the immediate family. In lieu of flowers, please make donations to the Leukemia and Lymphoma Society at <a href="http://www.lls.org" target=”_blank”>Leukemia and Lymphoma Society</a>