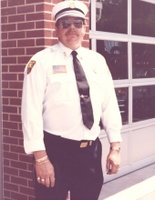 Gary Gene Hartog, a resident of Rowayton, CT, passed away on Tuesday, August 4, 2020 in Rowayton with his wife of 46 years, Norene, his son, Gary Jr., daughter-in-law, Samantha, and DJ by his side. He was born on May 15, 1949 in Norwalk to Albert B. and Catherine Hartog. He was one of 10 children raised and worked at the family business, Rowayton Marine Works, on the river in Rowayton, CT. Gary was a life member of the Rowayton Hose Company and served various ranks in the Rowayton Volunteer Fire Department and with great pride as Chief from 1986 to 1996. He was a Vietnam Veteran who served in the war for 17 months and ultimately was a victim of Agent Orange. Gary was also a member of the Darien VFW and Ischoda Yacht Club. Being from such a large family, Gary leaves behind his brother Bub and Pat, his brother Doug and Connie and his sister Judy. He was predeceased by sisters and brothers, Carol, Joan Bill, Stan and Jackie. He lovingly leaves behind many nieces and nephews and cherished friends. A memorial celebration will be held at a later date. Memorials can be made to Rowayton Fire Department, 136 Rowayton Avenue, Rowayton, CT 06853, Darien VFW Post 6933, Vietnam Vets-Agent Orange, 205 Noroton Avenue, Darien, CT 06820 or an organization of your choice. Loved by all and will never be forgotten.