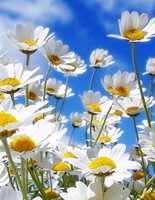 Priscilla E. Gerbasi, a resident of Fairfield and previously a longtime resident of Westport and Darien, passed away on Tuesday, July 7 at Bridgeport Hospital. Born in Stamford on July 14, 1935, she was the daughter of Joseph G. Lupinacci and Yolanda V. Lupinacci of Darien. Priscilla was raised in Stamford and Darien, and graduated from Stamford High School. She was the oldest of four sisters and raised her family in Darien with her husband John P. Gerbasi. She volunteered at her two sons’ school and sports activities over the years in Darien, and worked successfully in several positions in program management for the Baldridge Reading Group in Greenwich, and Beldoch Industries in Norwalk. She also had a very successful career in health insurance sales with Oxford Health Plans in White Plains. Priscilla enjoyed traveling and reading, and followed current and political events closely. She was buoyed by her love of family and family gatherings, and spent time on family trips visiting Florida, North Carolina, Washington, DC, Martha’s Vineyard, Buffalo, Cape Cod, Canada, Spain, France, Mexico, and other destinations. She was predeceased by her parents and is survived by her three sisters Julie, Linda and Sherry, her husband John, her sons Christopher Gerbasi (Lisa) of Fairfield and Joseph Gerbasi (Virginia) of Silver Spring, Maryland, and grandchildren Michael, Julia and Andrew Gerbasi. She took particular joy in the achievements and lives of her grandchildren. The family had a private visitation at Edward Lawrence Funeral Home, 2119 Post Road, Darien with burial at Spring Grove Cemetery. Priscilla had years of joy with her beloved Shih Tzu, Katie, and so in lieu of flowers, the family asks that you make a donation to the <a href="http://www.cthumane.org" target="_blank">Connecticut Humane Society</a>.