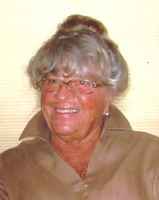 Patricia T. Atkin, 94, died Sunday, May 15th, at her home in Noroton, Connecticut. Pat was an art teacher at Tokeneke School in Darien for 30 years, a renowned artist and potter, and the principal of Atkin & Co. Boat Plans, founded in 1906, managing the sales of the family's yacht designs worldwide. Born August 18, 1927 in Portsmouth, New Hampshire, Pat was the daughter of Frank and Una Tonis. After graduating from Needham High School in Massachusetts in 1945, Pat attended Cazenovia Junior College in New York, later obtaining her Bachelor's Degree and Masters Degree in Education from Southern Connecticut State College. Pat moved to Darien in 1945 when her father became Principal of Hindley Elementary School in Noroton, a position he held for 20 years. Her mother took on a teaching position at The Plumfield School on Long Neck Point. It was in Darien, that Pat met her husband, John Davenport Atkin. who, together with his father, William Wilson Atkin, were famous yacht surveyors and designers. John, his father "Billy," and his grandfather, John Stanley Atkin, maintained their home and studio on Pratt Island in Darien, until their house was washed away completely in the Hurricane of 1938, when Billy (who was crippled) had to be carried out on the house's floor joists. Pat and her husband eventually built their own home on the Boston Post Road not far from Hindley School, using parts salvaged from the old pavilion at Tilley Park. The Atkins once lived in an apartment in Mrs. Tilley's mansion until the mansion was demolished when the Park was given to the Town of Darien. The family boat design studio was located just next door on the Post Road. Always spending their time on or near the salt water, Pat and John summered on Block Island, often with friends, with their double-ended sailboat "We're Here" moored in the Great Salt Pond. They were charter members of Roton Point Club in Rowayton, and Pat participated in assembling the history book "Roton Point."Near the end of his days, John often could be found rowing one of his boats all the way from the Club to the Lighthouse and back. While Pat's husband, John, followed in his father's footsteps, Pat followed those of her parents. Right after high school, Pat volunteered for a year with the American Friends Committee in Tyree State, Mexico, where she taught the women in this very primitive area how to bake a one-egg cake, build an oven, and otherwise maintain a place of importance in the household. The male volunteers helped the villagers build a school house for their children. While Pat was raised as a Unitarian, she volunteered for the Quakers because they would take female volunteers, while the Unitarians would not. After moving to Darien, Pat became the art teacher at Tokeneke School where she remained until her "retirement." She was on the Board of Directors of the Silvermine Arts Center, and, for the last 10 years of her life, an active member of the Boards of the Darien Arts Center and of the Rowayton Arts Center. Pat began her career as an artist with oil painting. After her husband's death in 1999, Pat became a renowned potter "with a vengeance," specializing in Raku fast-firing, and high-firing pottery. She maintained a pottery studio adjacent to her home for decades. Her work garnered many first prizes and has been widely exhibited. The brisk sales of John and William Atkin's highly sought-after yacht plans were taken over by Pat until shortly before her death, in collaboration with the Mystic Seaport Museum, Inc. Mystic Seaport has become the beneficiary of all of the family's half and full-rigged models, working drawings, nautical books, drawing instruments and boat plans. Copies of the Atkin boat plans may be purchased from the Mystic Seaport Museum, with the proceeds supporting the Museum's maritime history endeavors. Predeceased by her parents, her husband, and her sister, Joanne Tonis Drake, of Rye Beach, New Hampshire, Pat is survived by her nephew, Frank Drake of Rye Beach, New Hampshire; her niece, Jessica Cass, of Scarborough, Maine; and her nephew-in-law John Atkin, of Norwalk, Connecticut. The memorial garden at the Noroton Presbyterian Church, 2011 Boston Post Road, Darien, where Pat was a member, will be her final resting place. Friends are invited to a graveside service at the Noroton Presbyterian Church Urn Garden on Monday, May 23 at 10:00 am. A memorial service will be held at a later date, as will a sale of her amazing collection of pottery for the benefit of the Rowayton Arts Center. Donations in Pat's memory can be made for the benefit of the Mystic Seaport Museum, 75 Greenmanville Avenue, Mystic, Connecticut 06355.