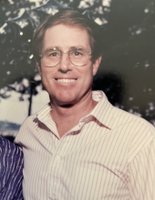 Jeffrey Clark Miller died peacefully at home in Norwalk, Connecticut surrounded by his wife and four children on February 15, 2021 at the age of 77. He was born in Boston, Massachusetts on August 17, 1943, the oldest son of the late Andrew O. Miller and Jeanne W. Miller of Oyster Bay, NY. He attended the East Woods School in Oyster Bay, and the Hotchkiss School in Lakeville, CT, graduating in 1961. He graduated from Yale University in 1965 with a bachelor of arts degree and received his JD from Cornell Law School in 1968. He was honorably discharged from the U.S. Marine Corps in 1969. He married Susanne Jackson on October 17, 1970 and in 1972 they settled in Norwalk, CT where they raised four children, Gordon Q. Miller (Cynthia) of Fairfield, CT, Andrew D. Miller of Oxnard, CA, Katharine Miller of Santa Monica, CA, and Eric M. Miller of Santa Monica, CA. From 1969 until 1993 he worked at three companies in New York City: the law firm Miller, Montgomery, Spalding & Sogi (1968-1969), Jamaica Water & Utilities, Inc. (1969-1972), and Reid & Priest (1972-1993), where he was made Partner. Starting in 1993, until his retirement at the age of 69 in 2012, he was the Assistant General Council for Northeast Utilities (now Eversource Energy) in Hartford, CT. Jeff served as a Board member (1991-1997) and Board Chair (1995-1997) of the St Luke’s School in New Canaan, CT. He was also a devoted member to his Yale Class of 1965, spending many years as Class Secretary. In 2014, he joined the Yale Alumni Fund Board of Directors. Whether it be tennis, golf, or just a game of cards, he was a talented athlete with spirited competitiveness. A voracious reader whose endless curiosity meant a nightstand always stacked with books, any other free time was dedicated to his beloved property and lawn, which he tended to with the utmost care, diligently mowing, raking, weeding, or shoveling year round. In addition to his wife and children, Mr. Miller was beloved by his late brother Dwight A. Miller and survived by a brother Bradford P. Miller of Palm Beach, FL, and two sisters, Constance M. Bergh of Edwards, CO, and Deborah M. Lalor of Pinehurst, NC; as well as two grandsons Wyatt and Cal Miller, and ten nieces and nephews. We will miss him dearly and don’t know how to fill the empty holes in our hearts that he’s left. In lieu of flowers, contributions can be made to the National Fragile X Foundation or the Norwalk Grassroots Tennis & Education. A memorial service will be held at a later date.