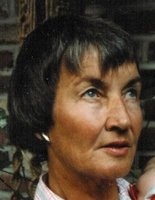 Jean Wood O’Connor, 97, of Vero Beach, FL, died peacefully on Wednesday, January 8, 2021 in Darien, CT. Jean was born in McKeesport, Pennsylvania, on August 30, 1923. She was the daughter of the late Frank and Pearl Wood of McKeesport and Holyoke, MA. She graduated from Northfield Academy, attended Syracuse University and earned her bachelor’s degree in Economics from Simmons College during WWII. She was a member of the Kappa Kappa Gamma Sorority Jean married Robert Kenney O’Connor of Holyoke on February 16, 1946 while Bob was an active duty Navy Pilot. Jean and her husband, Bob, moved shortly afterward to Brooklyn, NY where she taught elementary school and where son Douglas Wood O’Connor was born. They next moved to Rowayton, CT, where daughter Judith Carolyn O’Connor was born, exactly two years to the day after Doug. Jean and Bob lived in Rowayton until relocating to Vero Beach and by that time they had four grandchildren, who have been their pride and joy ever since. Jean was the daughter of a YMCA director who believed that physical and spiritual health was the result of good habits, consistently applied. Jean was her father’s lifelong disciple and kept up her daily regimen of brisk daily walks, playing tennis and golf, both of which she played well. Jean and Bob had many lifelong friends with whom they shared their favorite activities, such as sailing. They were members of the Norwalk Yacht Club and veterans of many Corinthian Association Cruises, voyaging as far as Mt. Desert Island, ME in a series of boats named Northern Sky. Their long cruising tradition began with a youthful voyage in their Luders 16 named Cork, with a 3 HP outboard and a one-burner alcohol stove, from Five Mile River to Stonington, CT and return. Jean was the most patient of First Mates. Jean and Bob skied the mountains of New England, Colorado and Europe, maintaining a cozy chalet in South Londonderry, VT and sharing the experiences with family and friends. Their children have no end of lifelong memories of all of these adventures. Jean was very dedicated to the United Church of Rowayton and was grateful for all of the instruction and inspiration she received during her fifty years of active membership. Jean is remembered by so many friends, neighbors, acquaintances and of course family for never forgetting the events of their lives. It is hard to recall a day growing up when a letter or note did not go out to someone in recognition of a milestone. There was no one more interested in every person whose lives touched hers, and everyone admired her genuine interest in their lives and her pleasant way of recognizing them. As her first-born, I know I speak for all of Jean’s descendants in stating how important her unqualified love has been to the richness and worth of all of our lives. Jean is survived by her children and their families; Judy and Steven Gluckstern of Santa Fe, NM and their children, Sarah and JD; Doug and Bonnie O’Connor of Damascus, MD, and their children, Megan and Andrew. Lastly, in Jean’s last year, she was given two great grandchildren, which was a great source of happiness for her. Jean was predeceased by her husband, Robert K. O’Connor. A service is being planned to celebrate Jean’s life at the United Church of Rowayton when circumstances permit. Further notifications will be forthcoming. In lieu of flowers, donations can be made in Jean’s name to Northfield-Mount Hermon Academy, Office of Advancement, One Lamplighter Way, Mount Hermon, MA 01354.