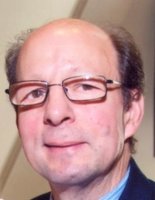 John Anothony Poccia II (Jack), a longtime resident of Darien passed away on January 6, 2021. Born in Stamford, he was the son of the late John A. Poccia who pre-deceased him in 2008 and Barbara June Ruscoe Poccia who survives him. He was 66. John was a graduate of Darien Highschool. He was a Grocery Manager at Stop & Shop in Darien for 47 years. In addition to his mother Barbara, John is survived by his wife Linette of Darien and sister Linda DeLuca and her husband Frank DeLuca both of Norwalk. A private interment will be held at Spring Grove Cemetery. A Memorial Mass will be held to celebrate John’s life at a later date.