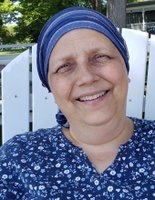 Darunee Ruth Wilson died at her home in Rowayton, Connecticut on December 30th, 2020 from complications from leiomyosarcoma. Darunee was born in June, 1964 in Chiang Mai, Thailand where her parents were among the first United States Peace Corps volunteers to serve in Thailand. Darunee grew up variously in Hawaii, where her father completed his doctorate in Agricultural Economics at The University of Hawaii, in Thailand where her parents adopted Darunee’s sister from an orphanage and Papua New Guinea where Darunee assisted her father with his research. She was accepted to Reed College in Portland, Oregon in 1980 writing her graduating thesis on Falstaff. Upon graduation in 1984, Darunee was accepted into the US Peace Corps for an assignment teaching English at the University of Sana’a in the capital of North Yemen. There she met her future husband, William Wilson, who was working for the British Council in Yemen. She returned to the US in 1986, taking up a position in Peace Corps headquarters in Washington, DC where she was part of the team managing the Peace Corps’ programs in Thailand, Papua New Guinea and the Comoros. In 1989 Darunee married William at the Anglican church in Amman, Jordan where William had been transferred. Shortly before the Gulf War, the couple relocated to Phoenix, Arizona where William studied for an MBA and Darunee graduated summa cum laude from Arizona State University with a Masters in Secondary Education. After a brief stop in Houston, the couple settled in Rowayton in 1994 while William pursued a career on Wall Street. Darunee threw herself into the life of Rowayton Elementary School and Roton Middle School, teaching the Learning to Look program and producing beautiful newsletters for the PTA. She was also very involved in Saint Luke’s Episcopal Church in Darien, serving on the Vestry, teaching Confirmation and recently working with two Church staffers to rewrite the whole three-year Confirmation course. She is survived by her husband, William and daughters Miranda Ruth and Charlotte Dagmar, all of Rowayton, by her parents Fritz and Ruth Von Fleckenstein of Washington, DC and her sister Penny Fleckenstein of Pittsburgh, PA. A private burial service has already taken place. A Memorial Service will be held in the summer of 2021 at Saint Luke’s Episcopal Church. Donations in Darunee’s name may be made at www.afedj.org/give/give-online/